Banks and financial institutions reported over 24,000 suspect transactions in 2017 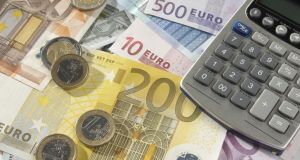 The transactions ranged from the proceeds of suspected social welfare fraud and minor drug dealing being lodged into credit union accounts to suspected cases of terrorism financing and money laundering by major drug gangs.

All banks, credit unions and lenders must monitor customer accounts and report suspicious transactions and lodgements to the Revenue Commissioners and the Garda Financial Intelligence Unit.

According to data provided to The Irish Times by the Department of Justice, 24,398 suspicious transaction reports (STRs) were made to gardaí in 2017 while 24,232 were reported to the Revenue Commissioners.

A department spokesman explained the difference of 166 arose because not all STRs were reported to both the Garda and the Revenue Commissioners despite this being a legal requirement.

The 2017 figure was only slightly up on the 23,308 STRs in 2016 but significantly greater than the 12,390 reported in 2012, shortly after the STR system came online. The increase in reporting is a result of both greater awareness of the reporting requirements and better detection systems.

The Central Bank has also expressed concern that online banking and cryptocurrencies may be resulting in increased money laundering.

The increased Garda targeting of money-laundering offences is possibly a reaction to an assessment last year by the Financial Action Task Force (FATF) – an intergovernmental body which develops anti-money laundering policy – that Ireland has a low number of convictions for the offence.

Gardaí prosecuted just 42 money-laundering cases between 2011 and October 2016. No one has ever been convicted after a trial here, with most opting to plead guilty. Two cases ended in acquittals.

According the FATF report the Director of Public Prosecutions believed there were major issues in prosecuting such cases as it is very difficult to prove a person’s intentions, or “mens rea”, when they lodge ill-gotten gains in a financial institution.

FATF also noted in cases where minor money laundering is a result of another offence, such as drug dealing, the DPP prefers to charge the accused with the originating offence only.

The Central Bank can fine financial institutions which fail to put in place effective anti-money laundering procedures up to €10 million.

Added to this is the reputational and legal cost to companies which can be “astronomical” according to Joseph Shannon, chief executive of Compliance Ireland, which advises firms on money-laundering regulations.

He said: “It can be huge. Will customers come to you afterwards, will your stock prices fall, will you be able to onboard [take on] blue-chip clients?”

Anti-money laundering rules are to become even stricter with the Criminal Justice (Money Laundering and Terrorist Financing) Amendment Bill 2018, which is expected to become law by the end of the year, Mr Shannon said.

Under the new rules financial institutions must give increased scrutiny to “politically exposed persons” – people who are exposed to potential bribery and other financial crimes. The list includes TDs, diplomats, senior judges and senior military officers, along with their partners.

Next Wednesday, Minister of State for Financial Services Michael D’Arcy will open a conference organised by Compliance Ireland on how companies can ensure they are in line with the new regulations.