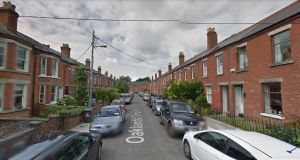 A man arrested in connection with a fatal house fire in Dublin on Tuesday has been released without charge.

The fire started at a property at Oaklands Terrace, Terenure, at about 3am on Tuesday. A 44-year-old man was removed from the house in critical condition and taken to St James’s Hospital, where he died on Wednesday.

Three other people were removed uninjured from an upper floor of the house, gardaí said.

A man was arrested and taken to Terenure Garda station and held under the provisions of Section 4 - Criminal Justice Act 1984. He has since been released without charge and a file will be prepared for the DPP.

Gardaí say an investigation into the fire is under way.