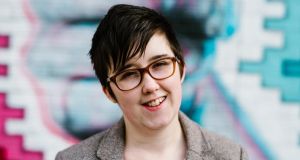 Police are examining a “significant amount” of CCTV and other video evidence as part of their ongoing investigation into the murder of 29-year-old journalist Lyra McKee.

The senior investigating officer, Detective Superintendent Jason Murphy, welcomed the “positive response” from the community and has made a further appeal to witnesses to come forward. “I continue to urge all those with information to contact us,” he said.

Ms McKee was shot as she watched a riot in the Creggan area of Derry in April and died shortly afterwards.

The police have said they believe the dissident republican group the New IRA was responsible. Nobody has been charged with her murder.

In a statement, Detective Superintendent Murphy said nine people have been arrested in connection with the investigation into Ms McKee’s murder and the disorder in the area at the time of her death.

“A total of 25 searches have been carried out, and officers are currently working through the significant amount of CCTV and other video evidence that has been recovered and conducting a thorough examination.”

Letters appealing for information have been sent to 5,500 households in the area, and police have been contacted 150 times through the Major Incident Public Portal, a website which allows members of the public to report information about the murder and to upload photographs or videos.

The Police Service of Northern Ireland (PSNI) has previously said witnesses to Ms McKee’s murder and to the activities of the gunman responsible would be provided with anonymity.

If witnesses were required to give evidence in court, the PSNI would “request the maximum protection,” which could include “anonymity, evidence by video link, from behind screens and with voice distortion.”