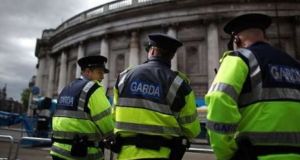 Over 1,000 residency cards have been refused or revoked since 2015, when gardaí discovered sham marriage fraud related to the people applying for the cards

The number of Pakistani, Indian and Bangladeshi men getting married in Ireland has plummeted since a Garda investigation was started in 2015 to target sham marriages.

Over 1,000 residency cards have been refused or revoked in the period after gardaí discovered a sham marriage or another form of immigration fraud related to the people applying for the cards.

In 2015, Operation Vantage was establish to investigate sham marriages involving an EU citizen marrying someone from outside the EU so that person could secure immigration status. The marriages were being organised by criminal syndicates based in Ireland and abroad.

Men from Pakistan, India and Bangladesh and other Asian countries married women from Portugal, Latvia, Estonia, Slovakia and other European countries. On average a fee of €20,000 was paid to the facilitators, with the woman, many of whom were impoverished, being paid €2,000 or less.

The Garda annual report for 2018, which was published by the Department of Justice on Friday, notes that in 2015, as Operation Vantage was being established, there were 915 marriage notifications in the Republic involving citizens from Pakistan, Indian and Bangladesh. However, by 2018 that had fallen by more than 85 per cent to 129 marriage notifications, which must be given at least three months before a planned marriage.

The Garda National Immigration Bureau has been liaising more closely with the General Registrar’s Office, where intentions to marry must be registered. As a result suspected sham marriages continue to be identified, with 36 new investigations commencing last year.

“Since Operation Vantage’s inception 1,260 investigation reports and alerts have been forwarded to the Irish Naturalisation and Immigration Service [INIS] where marriages of convenience and/or fraud have been identified in applications for residency cards,” the Garda report said.

“Operation Vantage investigations have now reached a combined refusal or revocation rate of 94 per cent.”

Some of the highlights detailed in the Garda annual report included:

– narcotics valued at €28 million seized by the Garda Drugs and Organised Crime Bureau;

– a fall in the burglary rate by 11 per cent to a record low in the modern era;

– public trust in the Garda measured at 89 per cent in a public attitude survey at the end of last year;

– 250 gardaí being deployed back to the front line from administrative duties as a result of more civilians being recruited;

The Garda annual report also list the conviction of former Anglo Irish Bank chief executive David Drumm as one of its “successful investigations and prosecutions” during 2018.

Drumm was found guilty of conspiracy to defraud and of false accounting in relation to fraudulent transactions totalling €7.2 billion which took place in 2008 between Anglo Irish Bank and Irish Life & Permanent.