London attacks: What we know so far about the Irish links 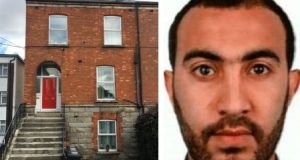 London attacker Rachid Redouane was a 30-year-old Moroccan-Libyan pastry chef who had been living in Rathmines, Dublin

Irish authorities have been helping British police and security services in the wake of the attack at London Bridge on Saturday. Here’s what we know so far:

A second terrorist attack took place in London last weekend, less than two weeks after the Manchester Arena bombing which claimed the lives of 22 people. Seven people were killed and several others injured when London Bridge was targeted. The three people believed to be involved in the London attack on June 3rd have been named by police as Khuram Butt, Rachid Redouane and Youssef Zaghba.

Who was Rachid Redouane?

Rachid Redouane was a 30-year-old Moroccan-Libyan pastry chef who had until recently been living in Dublin. Redouane was one of three men who crashed a van into a shopfront near London Bridge last Saturday night and then took to the streets on foot, stabbing people as he went.

The three armed men, one of them wearing military-style combat fatigues and an Arsenal football shirt, murdered seven people and injured 48.

They were wearing what looked like suicide explosives vests, later found to be hoax devices, and were shot dead within eight minutes of the first 999 call to the London Met. A shoot-to-kill approach was adopted when news of the suicide vests, believed to be genuine at the time, was relayed to the police.

Redouane is thought to have settled in Dublin about five years ago but does not appear to have come to the authorities’ notice at the time.

Gardaí fear that Irish immigration documents owned by Redouane were swapped around among a group of North African men in Ireland.

Detectives are now searching for members of Redouane’s social circle while he was in Ireland, with two men arrested and more arrests expected.

One of the other attackers has been named as Khuram Butt, a 27-year-old British citizen who was born in Pakistan. Butt was known to the police and MI5 and was the subject of an investigation in 2015.

He is alleged to have been an associate of the hate preacher Anjem Choudary and appeared in a 2016 Channel 4 documentary about British Islamic extremists, The Jihadis Next Door.

The third attacker was named as Youssef Zaghba, a 22-year-old Italian national of Moroccan descent who lived in east London. Police said Zaghba had not been a subject of interest for them or for the MI5 domestic intelligence agency.

The house where Redouane lived

A three-storey redbrick house in Grosvenor Square in Rathmines, Co Dublin, was the address used by Redouane when he married his now estranged wife, Charisse Ann O’Leary.

The wedding took place on November 7th, 2012 in the office of the Civil Registration Service at Sir Patrick Dun’s hospital on Lower Grand Canal Street. Redouane is described in official documentation recording the marriage as a pastry chef; his then wife as a care worker. The witness to the ceremony is named as Khalil Chadili.

Two men were arrested in Ireland this week on suspicion of links to Redouane.

One man was arrested and detained in Wexford by members of the Special Detective Unit, and a property was also searched.

His detention came less than 24 hours after man was arrested at a Limerick address in an operation carried out by the Garda National Immigration Bureau.

Gardaí believe the Limerick suspect had been using documentation and the PPS number of Redouane (30).

The suspect detained on Tuesday in Wexford was also being investigated about the use of documentation owned by Redouanet.

The imam of a Galway mosque that was attacked during the hour of prayer on Monday evening appealed for “calm” in the wake of the London terrorist attack. Imam Ibrahim Ahmad Noonan of the Masjid Maryam mosque in Galway said that up to 100 members of the Galway mosque were “terrified” when rocks smashed through the windows on Monday evening.

Senior Government figures have insisted Ireland is adequately prepared for the possibility of a terror attack.

Taoiseach Enda Kenny, Tánaiste Frances Fitzgerald and Minister for Housing Simon Coveney said the Garda have been given every resource available to assist them in the fight against terrorism.

Data and information sharing is also ongoing with the UK, the Government said.

Ms Fitzgerald met Garda Commissioner Nóirín O’Sullivan on Monday night to discuss the fact Redouane was resident in Ireland for a number of years.

The Tánaiste said she was not in a position to reveal details surrounding Redouane’s stay in Ireland due to the ongoing investigation in the UK.

However, she stressed gardaí would release details at a later point but would not do anything to jeopardise the police work in the UK.

A Libyan-born man who grew up in Ireland was killed in Syria in 2013.

The circumstances surrounding the death of Hisham Habbash (29) remain unclear. His family, who lived in Dublin, learned of his death through a post on Facebook at the time. It is understood Mr Habbash was shot dead during fighting between rebels and regime forces near the northeastern town of Raqqa.

The Habbash family, who are Palestinian, moved from Libya to Ireland when Hisham was very young. He took Irish citizenship and graduated with an engineering degree from UCD. Mr Habbash left Ireland earlier this year to work with Syrian refugees in Turkey. While there he decided to cross the border to join rebel forces inside Syria.

In February 2013 Libyan-born Shamseddin Gaidan (16) from Navan was killed after he went to Syria without his parents’ permission. His father Ibrahim was informed of his son’s death in a phone call from Syria.

Egyptian-born Hudhaifa El Sayed (22), from Drogheda, was shot dead by regime forces in northern Syria in December 2012. He had travelled to Syria as part of Liwa al-Umma, a rebel brigade founded by a Libyan-Irish man named Mehdi al-Harati, who also commanded a unit during the Libyan revolution.

1990s: The first signs of suspected Islamic terror sympathisers begin to emerge in Ireland with both the Garda and the Defence Forces begin monitoring individuals.

2003: Khalid Kelly, a Dublin Muslim convert who was originally born in Dublin, appears on RTÉ’s The Late Late Show with a British extremist Anjem Choudary defending the 9/11 terrorist attack on New York City.

2004: Irish citizen Ibrahim Buisir is placed on a US government list for alleged fundraising activities. He was never charged with any terrorist offence and strongly denied any of the US claims.

2005: The Government inform the US embassy that up to 30 al-Qaeda are under surveillance in Ireland. Later this year an Algerian national who had refugee status in Ireland after concealing his identity as an Islamist extremist sympathiser, is convicted in Paris of terror offences in Ireland, England, France and Spain.

2009: An American Muslim convert Coleen LaRose, dubbed “Jihad Jane” was arrested in the US for conspiring to murder a Swedish cartoonist who depicted the prophet Muhammad as a dog. Her plot to kill was hatched when she was living in Co Waterford. She was jailed for four years.

May 2011: Khalid Kelly is arrested for threatening to kill US president Barack Obama on his visit to Ireland.

2012: Moroccan Rachid Redouane marries a British woman in a Dublin registry office. This guaranteed the man who would later kill seven people in a London terrorist attack EU residency.

2013: A Libyan-born man who grew up in Ireland was killed in Syria in 2013, his death at the time brought to the number of people with Irish links who have died after joining rebel forces to four.

The circumstances surrounding the death of Hisham Habbash (29) remain unclear his family, who lived in Dublin, learned of his death through a post on Facebook at the time.

February 2016: Spain cleared extradition to the US of Algerian born Ali Charafe Damache, an alleged co-conspirator of Coleen LaRose. Damache had previously successfully fought against extradition from Ireland.

July 2016: The Jordanian man is finally deported after a lengthy legal battle during which Dublin born Muslim convert Khalid Kelly is a supporter in court.

November 2016: Khalid Kelly blows himself up in a failed suicide bombing mission for Isis in Iraq.

June 2017: Rachid Redouane and two other men launch a terror attack on London, killing seven people using a van and knives. The attackers are shot dead by police.