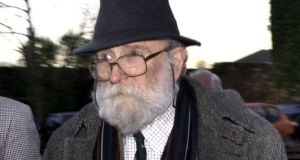 Prof John Harbison served as the State pathologist for nearly 30 years and worked on some of the most high-profile murder cases in the State’s history over that period.

Prof Harbison, who died on Friday, became the State’s first forensic pathologist in 1974 and conducted postmortem examinations until 2003.

He was the pathologist in many high-profile cases including the Kerry babies case, the Sophie Toscan du Plantier case, the murder of journalist Veronica Guerin, and the investigation into the Grangegorman killings.

In the Kerry babies case, Joanne Hayes was wrongly accused of murdering an infant found on a Co Kerry beach more than 35 years ago.

Around the same time Ms Hayes had given birth to a baby boy, Shane, who was either still-born or died soon after birth and was buried on the family farm.

Despite the two babies having different blood groups, gardaí alleged they were twins, and pursued a case against Ms Hayes.

While the charges against Ms Hayes and her family were dropped, a subsequent Tribunal of Inquiry into the affair cross-examined her extensively over five days.

Giving evidence at the tribunal, Prof Harbison said he was unable to determine if baby Shane was still-born or died shortly after his birth.

The autopsy had shown a bruise on the left side of baby’s neck, which he said could have been a result of the delivery.

He had ruled out any attempted strangulation as there had been no injury to the larynx.

Prof Harbison also dismissed the idea the baby had been struck on the head with a bath brush, as this would have fractured the skull, yet there was no evidence of this.

Following legal action against the State, the Hayes family on Friday secured declarations all findings of wrongdoing made against them by the tribunal were unfounded and incorrect.

Prof Harbison was also involved in the case of Sophie Toscan du Plantier, a 39-year-old film producer from Paris, who was found dead in a laneway by her holiday home in Drinane, Schull, Co Cork in December 1996.

At an inquest in April 1997 Prof Harbison said Toscan du Plantier had died from multiple injuries including laceration of the brain and a fracture of the skull, caused by a blunt instrument.

There was a delay of more than 24 hours before Prof Harbison arrived at the scene to carry out a preliminary examination of the body, which was one of many points of controversy surrounding the case.

In 2015, Prof Harbison gave evidence as retired state pathologist in the case involving two women who were brutally murdered in 1997 by Mark Nash, in Grangegorman, Dublin.

Giving evidence at the trial Prof Harbison said the injuries to the two women, Sylvia Shields and Mary Callanan, was “outside” his experience of 26 years.

In 1991, he was appointed professor of forensic medicine and toxicology at the Royal College of Surgeons.

He died in his 80s on Friday, and is survived by his wife Kathleen, children Isobel and Austin, grandchildren Jack and Edith, brother Peter, son-in-law Conor, extended family and friends. His funeral will be held on Monday.