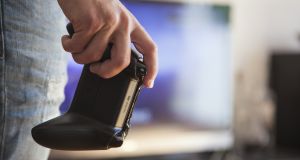 ‘We don’t buy the versions currently on the market, we buy second-hand versions that we ensure that any ability to operate wifi or to engage online is decommissioned’. Photograph: iStock

Prison authorities are sourcing older, second-hand models of games consoles to prevent inmates using internet enabled versions to communicate with people on the outside.

Caron McCaffrey, director general of the Irish Prison Service (IPS) said Xboxes fall under an “incentivised regimes policy” whereby the more “appropriate” a prisoner’s behaviour and the more positively they engage with services, the more access they have to such items.

“We don’t buy the versions currently on the market, we buy second-hand versions that we ensure that any ability to operate wifi or to engage online is decommissioned,” she said, but was unable to specify where older models were bought.

“There is work done internally to ensure that they meet our security parameters so that they can’t be used to communicate with people on the outside.”

Ms McCaffrey was speaking at a meeting of the Public Accounts Committee (Pac) on Thursday, convened to address various accounts issues raised by the Comptroller and Auditor General (C&AG).

Fine Gael TD Alan Dillon had asked who the approved supplier of games consoles was after the issue was raised in a previously published audit report.

Consoles are purchased by prisoners through tuck shops – on average they receive between €20 and €30 per week from family members into accounts managed by the IPS.

The committee was convened specifically to engage the IPS on matters relating to prison catering although the two-hour session covered a wide variety of operational matters concerning the country’s incarceration system.

On the issue of Covid-19, the service’s director of care Fergal Black said systems are now in place to distribute vaccines and that he expected prisoners to be treated the same way as the general population.

“We regard people in custody as members of society ... so people who are over 65 in prison should receive the vaccination at the same time,” he said, explaining that they have made approaches to the National Immunisation Committee.

In the absence of Sinn Féin TD Brian Stanley who had become embroiled in controversy over recent tweets and has taken a break from duties, the committee chair Social Democrats TD Catherine Murphy raised concerns about people who arrive in Ireland but are refused entry and end up in detention.

Ms McCaffrey said that such immigration reasons had led to the detention of 480 people last year, 406 in 2018 and 397 in 2017. Although individual durations were not stated, she said the cost per night of detention ran to €206.

On the issue of catering, the committee heard that total annual costs for prisoners in 2019 was €8.5 million with daily costs per prisoner ranging from €4.54 at Wheatfield to €7.20 at Portlaoise.

The C&AG Seamus McCarthy told the committee that in one unnamed prison had repeatedly ordered “non standard high value food items”, a matter that is now under investigation by the governor.

His review also looked at the operation of voluntary mess committees, which oversee the ordering and pricing of food for prison staff prepared in canteens by prisoners.

Mr McCarthy said that overall there was no adequate process to ensure there was no “unintended subsidisation of food costs”. The committee is to seek further clarity on those issues.