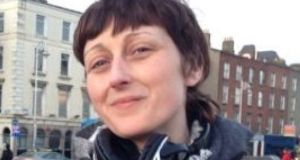 The Garda Ombudsman has confirmed a garda accused of sharing video footage of a woman with mental health issues running naked on the street will not face criminal charges.

A spokeswoman for the Garda Síochána Ombudsman Commission (Gsoc) said this morning the Director of Public Prosecutions (DPP) has ordered that no charges be filed against the garda but stressed the investigation is ongoing.

Dara Quigley (36), a Dublin journalist and blogger, took her own life on April 12th, 2017 shortly after being detained by gardaí under the Mental Health Act 2001.

Ms Quigley was stopped by gardaí after she was spotted naked on a Dublin street on Garda CCTV. Footage of the woman was allegedly recorded by a garda back at the station who shared it with a WhatsApp group.

The footage was then uploaded to Facebook by another person where it was viewed over 100,000 times before being taken down. Ms Quigley took her own life five days later.

A link to the video footage was later posted by the website Broadsheet.ie, which removed it after receiving complaints. It is understood the footage can still be viewed elsewhere on the internet.

The events lead to widespread anger including from Ms Quigley’s family who said the sharing of the video was “egregious and deeply hurtful”. Then Tánaiste France Fitzgerald said she was appalled and disturbed by the incident.

That anger was repeated online in recent days following initial media reports, citing anonymous sources, that the garda would not face criminal charges.

The Irish Times understands that Gsoc had asked the DPP for directions on whether the garda should be charged under Section 62 of the Garda Síochána Act 2005.

The section makes it illegal for a garda to share information obtained in the course of their duties which “is likely to have a harmful effect.”

This includes disclosing information which leads to “the publication of personal information and constitutes an unwarranted and serious infringement of a person’s right to privacy.”

The wide-ranging provision, which carries a maximum sentence of five years, has been used in the past to prosecute gardaí for sharing information with journalists and with criminals.

Although no criminal charges are to be filed, Gsoc may still recommend the garda be subject to internal disciplinary sanctions. These range from warnings or advice up to dismissal from the force.

Ms Quigley wrote for several publications on social justice issues as well as campaigning against water charges and austerity.

She struggled with mental health and addiction issues in the years before her death and her family felt she had been let down by the health services.

Ms Quigley’s family used a vigil following her death to demand better services for people struggling with mental health problems including from the Garda.

“While Dara received help from many agencies, what was available was simply not sufficient. The lack of funding, facilities, and co-ordination between the psychiatric sector and addiction services contributed to this.

“She and many others needed an integrated coherent service where psychiatric and addiction problems are treated together in a professional and properly funded manner. We also deserve a Garda force that respects and upholds the rights of the most vulnerable in society,” the family said.

In one of her final articles before her death, Ms Quigley wrote about society’s view of those with addiction issues. “I [HAVE]just about enough strength to hold on to my sense of self, and to think that maybe a better life isn’t just something I deserve but something that I and every other recovering addict has a right to,” she wrote in the Dublin Inquirer.

“Today I can almost safely say I believe that. And that is one of the unseen struggles of recovery from addiction. A constant battle between what you know is true, a desire to make it out the other side, pitted against a society which views addicts - particularly women addicts - as moral hazards to be contained and controlled.”