Disciplinary action will not be taken against any members, says Garda Commissioner 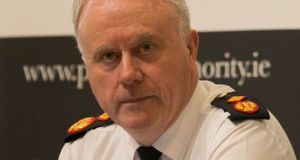 An Garda Síochána has issued an “unreserved apology” for the inflating of alcohol breath test data and the wrongful conviction of motorists, but said disciplinary action would not be taken against any members of the force.

The announcement by acting Garda Commissioner Dónall Ó Cualáin was met with a cool response from the Policing Authority.

“A sloppy and lazy approach was made worse by a lack of appreciation of the value of data,” Mr Ó Cualáin told a public session of the authority in Dublin on Thursday.

But he added no criminal behaviour had been identified and it would take a lot of time and money to discipline those involved.

Taking action against a large number of Garda members would also be complicated by the passage of time since some of the breath test inflating had been done.

Many Garda members had retired since then and the records on which any disciplinary action would be based were not reliable.

Mr Ó Cualáin also believed the financial cost, and the staff that would need to be deployed away from reforming the Garda into disciplining members, made such a step impossible.

The approach of the Garda must now be “forward facing” rather than spend years in a large number of disciplinary cases.

However, he accepted the compilation of data was seen as “an add-on to a day’s work” for many Garda members. They did not appreciate the value of data unless it impacted them personally.

Policing Authority chairperson Josephine Feehily said while she and he colleagues “understand” his position on declining to open disciplinary actions against so many Garda members, that did not mean they agreed.

“It’s your decision,” she told him. “But we hope you understand that performance management involves challenging poor performance.”

She also disputed the suggestion by Mr Ó Cualáin that no Garda members benefitted from the inflating off breath tests.

She was very surprised some of the officers in charge of the 28 Garda divisions around the country were not being dealt with via a “personalised” process.

Mr Ó Cualáin said he planned to write to those chief superintendents, and other officers, and to warn them that any repeat of the inflated and poorly-kept data would be regarded as a serious disciplinary issue and possible dismissal from the Garda.

However, Ms Lynott did not believe this was enough. She noted the extent to which breath tests were inflated had varied significantly from place to place.

It meant the performance of the senior officers in charge of those places varied very significantly.

“Treating them all the same would send the wrong message,” she said.

And she believed the Garda failures, including serious problems at management level, likely went further than inflating breath tests.

Mr Ó Cualáin conceded the “malaise may have went a bit further and wider”.

Ms Feehily requested that any letters sent to senior officers by Mr Ó Cualáin should remain on the records of the recipients.

This included “why nobody shouted stop”.

Mr Ó Cualáin said “unacceptable failures”, leading to the creation of more than one million breath tests and the wrongful conviction of 15,000 motorists, had occurred.

The Garda was not only sorry for this, but it also appreciated the public disquiet. It now needed to work hard to win back public confidence that had been built over decades but badly damaged by the controversies, he said.