Gardaí should have power to request passcodes for phones and laptops, report says 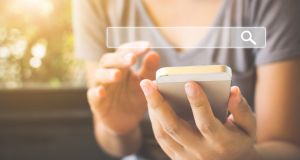 One of the report’s recommendations states gardaí should be given access to passwords.

Gardaí carrying out searches during an investigation should be given the power to request the passcodes for mobile phones and laptops, a new report has found.

The Hamilton Review, which was commissioned by the Government, recommends 25 broad-ranging changes in order to tackle white collar crime.

One of the recommendations states that gardaí should be given access to passwords by the owners of electronic devices.

The review group also recommended that the law be amended so that standalone search warrants would allow gardaí to ask a person subject to an arrest warrant to provide the passwords to electronic devices owned or controlled by them.

“An Garda Síochána advise that the requirement for the provision of computer passwords is of great benefit when investigating theft and fraud cases.”

A new plan on white-collar crime will be introduced by the Minister for Justice Helen McEntee after a review identified significant resource shortcomings, with staffing in some key Garda economic crime units worse than 30 years ago.

Shortcomings are identified across several Garda units: there are not enough staff assigned to the anti-corruption unit, which is “dwarfed by its international partners”, while resources for the Payment Card and Counterfeit Currency Unit are “too low… to disrupt the activities of organised criminals in this sphere”.

There is a backlog of 2,000 suspicious transaction reports with the Financial Intelligence Unit, where staffing is “not adequate to meet demand”. This “is of concern as these unanalysed reports may contain evidence of significant criminality”.

The Terrorist Financing Intelligence Unit is “under resourced”, with the report finding that “having adequate resources to show that Ireland is playing its part in this area is critical”.

It finds there is “a huge deficit exists” within the Money Laundering Investigation Units. In the Criminal Intelligence Office, it found that not all functions are being carried out due to inadequate staffing.