Court hears victim told he would be chopped up, brought to Tyrone and fed to dogs 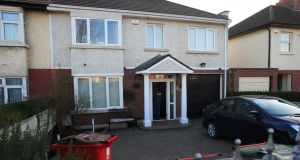 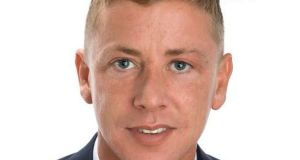 A former Sinn Féin member of Dublin City Council “waterboarded” and threatened to kill a man he believed was trying to defraud him, the Special Criminal Court heard on Friday.

Footage recorded on a mobile phone was shown to the court of Jonathan Dowdall (38) wearing a balaclava and holding a tea-towel to the victim’s face before pouring water over his head. The court heard Dowdall believed the victim, Alexander Hurley, was pretending to be a barrister and was seeking Dowdall’s bank details in order to defraud him.

The two men had met after Dowdall had advertised a motorbike for sale on donedeal.ie.

Dowdall, with an address at Navan Road, Dublin and his father Patrick Dowdall (59), of the same address, both admitted to falsely imprisoning Mr Hurley by detaining him without his consent at Navan Road on January 15th, 2015. Both also pleaded guilty to threatening to kill Mr Hurley.

Detective Inspector William Hanrahan, of the Special Detective Unit, told prosecuting counsel Vincent Heneghan SC that on March 9th last year gardai were searching Jonathan Dowdall’s house on the Navan Road, in relation to a separate matter, when they found a USB flash drive. When gardai examined it, they discovered it contained footage of a man imprisoned in Dowdall’s garage.

Mr Hurley was located by gardai on May 28th last year and gave a statement about the incident.

The court heard that on January 1st, 2015, Mr Hurley contacted Jonathan Dowdall through donedeal.ie about a motorcycle Dowdall had advertised for sale. On January 12th he met the Dowdalls in their house, where he was shown the motorbike.Later he was contacted by Jonathan Dowdall and they discussed the purchase. Mr Hurley said that he was waiting for a loan from the credit union.

On January 15th, Mr Hurley got a phone call from Jonathan Dowdall, who invited him to dinner at his house that evening. Mr Hurley told gardai he thought the invitation was a “bit unusual” but Jonathan Dowdall insisted Mr Hurley attend, saying his father had enjoyed his company.

Mr Hurley told gardaí that as soon as he arrived he was pushed into the garage and backed into a swivel chair by Patrick Dowdall. He was tied to the chair with cable ties and told by Patrick Dowdall that he was a “lying b.... from the sewer”.

Mr Hurley, the court heard, was left alone in the garage and he heard the Dowdalls discussing what to do with him. They said they would feed him to the dogs, chop him up and store him in a BMW if he did not tell the truth. When they returned, Jonathan Dowdall was wearing a balaclava and he asked Mr Hurley to tell the truth.

A person appeared at the door with a bucket of water and a tea-towel. Jonathan Dowdall put the tea-towel over Mr Hurley’s face and poured a full bucket of water over his head, the court heard. “I thought I was being drowned,” Mr Hurley said. “I couldn’t breathe.”

Another bucket of water was poured over his head and he was told he had one more chance to tell the truth. He was told he was not a barrister, but a fraudster, and he would be chopped up and brought to Tyrone.

The court heard he was told if he contacted gardai he would be killed. Patrick Dowdall threatened to pull off his fingers one by one with a pliers.The entire ordeal, the court heard, lasted for three hours.

The court heard that neither Jonathan nor Patrick Dowdall have any previous convictions.

Michael O’Higgins SC, for Jonathan Dowdall, and Michael Bowman SC, for Patrick Dowdall, told the court their clients wanted to apologise for the violence and threats.

Mr O’Higgins said Jonathan Dowdall, a married man with four children, had searched online and discovered a number of complaints had been made regarding transactions with Mr Hurley. The court also heard Mr Hurley’s profile on LinkedIn showed the official logo of the Law Library and stated he was a barrister since July 2011. Detective Inspector Hanrahan agreed with Mr O’Higgins that Mr Hurley is not a barrister. Mr Hurley has two convictions for fraud.

The court remanded the Dowdalls in custody until May 19th when they will be sentenced.