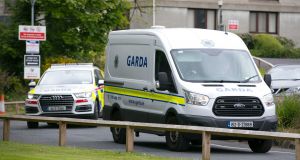 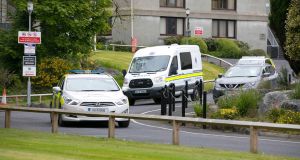 A 25-year-old man has been charged in Waterford with funding Islamic terrorism.

Hassan Bal was remanded in custody after he was charged with two terrorist related offences following an 18-month Garda investigation into Irish links with international Islamic terrorism.

Mr Bal, formerly of O’Connell Street in Waterford, was brought amid tight security before Waterford District Court where he was charged with two offences contrary to the Criminal Justice (Terrorist Offences) Act, 2005.

Mr Bal was charged with attempting within the State on October 23rd, 2015, to collect funds for the benefit of international terrorist groups, contrary to Section 13 (2) of the Criminal Justice (Terrorist Offences) Act, 2005.

And he was also charged that within the state on October 2nd, 2015, he provided funds for the benefit of international terrorist group contrary to Section 13 (3) of the Criminal Justice (Terrorist Offences) Act, 2005.

Det Insp Anthony Pettit and Det Sgt Donal Donohue gave evidence of arrest, charge and caution in respect of both charges and told the court that Mr Bal made no reply to either charge when they were put to him after caution.

Insp Anthony Dineen said gardaí were seeking a remand in custody to appear again in court next week and defence solicitor, Pat Newell, said his client was making no application for bail at this stage but was reserving his position.

Judge Kevin Staunton noted Mr Newell’s position and he remanded Mr Bal in custody to appear again at Waterford District Court on May 2nd and he also granted him free legal aid and assigned Mr Newell to represent him.

Mr Bal, who was arrested early this morning at Waterford Garda Station for the purpose of charge, was born in the UK but is an Irish passport-holder, having lived for over 10 years in Waterford, where he trained as an electrician.

Dressed in a charcoal grey t-shirt, grey jeans and black bomber jacket, Mr Ball did not speak during the four minute hearing at Waterford District Court sitting at Grace Dieu on the Tramore Road on the outskirts of the city.

A 22-year-old woman, a British passport-holder, was arrested by gardaí as part of the same investigation and questioned at Waterford Garda Station.

She was released without charge late on Thursday night and gardaí will now prepare a file for the DPP.