Man held after being charged over killing of animals in Cork 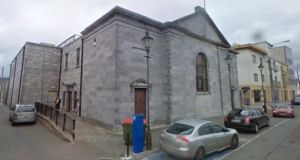 A 32-year-old man has been remanded in custody after he was charged following a Garda investigation into the shooting dead of two dogs and six horses in Co Cork at the weekend.

The dogs and horses were shot at two farms in the Newmarket area of North Cork on Sunday morning. Gardaí from Kanturk began a major search operation to try and locate the gunman.

On Tuesday at Mallow District Court, Tom O’Connor from Ballyduane East, Newmarket was charged with a single offence arising from the death of a foal at one of the farms at Barnacurra, Newmarket.

Mr O’Connor was charged with having a .223 Tikka bolt action rifle at Barnacurra, Newmarket on September 9th with intent to cause criminal damage to a colt foal, Take Me to the Island belonging to Denis McCarthy.

Det Sgt Hugh Twomey gave evidence of arrest, charge and caution and told the court that Mr O’Connor replied: “Will they give me help if I go to court?” in response to the charge.

Insp Tony Sullivan told Judge Brian Sheridan the matter was to be tried on indictment before a judge and jury at circuit court level and gardaí were seeking a remand in custody for Mr O’Connor.

Defence solicitor Charlie O’Connor said his client was not applying for bail but he asked that Mr O’Connor be psychiatrically assessed while in custody as he had concerns about his client’s medical state.

The judge granted the State application for a remand in custody and ordered that Mr O’Connor be psychiatrically assessed while in custody to ascertain his fitness to plead in the case.

He remanded Mr O’ Connor in custody to appear again at Mallow District Court on September 19th for preparation of the book of evidence in the case against him over the death of the foal.

He also granted Mr O’Connor- who spoke only to confirm his identity- free legal aid after hearing that while he was working he had no savings to pay for a solicitor to defend him on the charge.