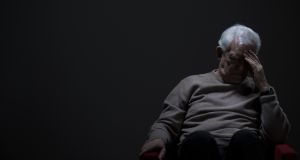 The commission ruled the care worker was unfairly dismissed and awarded her €3,500. Photograph: Getty Images/iStockphoto

A carer left an elderly man living by himself “skint’’ with very little food and without any money for two days in his home after taking €40 from the man to do his shopping.

The carer was sacked by her employer for gross misconduct after admitting she left the man with no money on Tuesday, March 8th, 2016. When she had not completed his shopping two days later, she was suspended.

The employer acted after receiving a complaint about the worker from a daughter of the elderly man, alleging she took money without the man’s permission.

The commission said it found it “alarming” the woman was aware during these days that her client “had very little food at home and had no money”.

It recorded that the woman told her employer at an investigation meeting that her client “had milk, soup and a few slices of bread”.

The commission also found “holding on to money in circumstances where the client needed to have shopping done and was ‘skint’ represents a breach on the part of the complainant”.

It said there was no evidence the worker acted for any personal financial gain.

The woman handed back the €40 and the client’s keys on the Thursday, saying she did not have a chance to do the shopping. She acknowledged she was aware that she was taking the last of the client’s money as he had told her he was “skint”.

The woman’s employer told the commission the man had been left without food in the house and without money. It said the woman should have done the shopping as soon as she took the money.

The commission ruled she was unfairly dismissed and awarded her €3,500, taking into account her contribution to her own dismissal.

The WRC found there were a number of fundamental flaws in the process that led to the woman’s dismissal. It found the employer had not discharged the legal burden of showing the dismissal was not unfair.

The woman was seeking re-instatement but the WRC stated it would not be appropriate.