Woman said former boyfriend ‘launched a campaign of evil’ against her 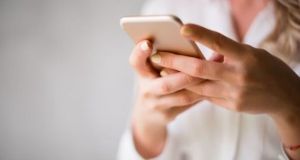 The man printed out text messages which he placed in a Polypocket under a stone in the garden of the family home of the woman’s new partner. Photograph: iStock

A 43-year-old man printed out personal and intimate texts sent to him by his former girlfriend and left them to be found in her local pub months after their relationship had broken down, a court has heard.

Tadhg McCormack, from Dromusta, Bantry Road, Drimoleague, waged what was described as “a campaign of evil” against the woman after they split up in April 2017 following a relationship of 13 months.

McCormack pleaded guilty at Cork Circuit Criminal Court to harassing the woman between August and December 2018 contrary to Section 10 (1) of the Non-Fatal Offences against the Person Act 1997.

Det Garda Hugh Byrne told how the woman was in a relationship with the accused which broke up in April 2017 over his infidelity, but he refused to accept it was over and he ended up being prosecuted in the district court.

Judge James McNulty had fined McCormack €400 for harassing the woman and he was ordered not go within 500 metres of her place of work, but McCormack continued to harass her in defiance of the district court order.

Det Garda Byrne told Cork Circuit Criminal Court that McCormack printed out four pages of personal and intimate text messages she had sent to him when they were in a relationship and left them in a Polypocket at her local pub.

He also printed out copies of the text messages which he again put in a Polypocket which he placed under a stone and left in the garden of the family home of the woman’s new partner, said Det Garda Byrne.

McCormack also put dates on the texts suggesting that they had just been sent and that their relationship was ongoing, despite the fact that she had been in a new relationship for several months.

Det Garda Byrne said when gardaí obtained a warrant and searched McCormack’s home, they found the items on his phone and computer and there was also a printer in the house which they confiscated.

He said when they questioned McCormack about the harassment, he suggested that the complainant might have left the pages in those two locations herself in order to get him into trouble.

The woman opted not to attend court but, in a victim impact statement, read to the court on her behalf by Det Garda Byrne, she told how the relationship with McCormack had broken down due to his infidelity.

“Seven months after parting I started a new relationship and since that moment, he has deliberately launched a campaign of evil against me. I was eventually forced to contact the gardaí as I was close to despair.

“His actions escalated in malicious intent and frequency and this has continued for over two years. My sense of security is shattered... I expect I will have to uproot from the area because of his self-centred bullying and intimidation.”

She said the displaying of old text messages in the printed documents in her local bar in the heart of her community and at the home of her new partner had been devastating, mortifying and caused her untold anxiety.

“I understand that in his warped thinking, he believes I still have affection for him but he has made my life and that of my family an absolute misery and I have absolutely no place for him in my life and this he must accept.”

The woman apologised for not attending court but said she was terrified to be anywhere near McCormack and she feared that she would have to live the rest of her life in “vigilant apprehension”.

“His actions terrorised me and my extended family and whatever verbal assurances he will now offer, will not be of any value due to his previous denials and repetition... he has no remorse or empathy.

“He has invaded all aspects of my life, from my home and family to my work and social life, there has been an invasion of privacy and a destruction of my peace. He has ruined the enjoyment of significant parts of my life.”

Defence barrister Sinéad Behan said her client bitterly regretted his actions towards the injured party and he had brought a sum of €3,000 in compensation as a gesture of his remorse.

Judge Seán Ó Donnabháin said that on any reading of the case, McCormack deserved to go to jail, particularly given that he had continuously breached a district court order in relation to harassing the woman.

He had deliberately sought to undermine his victim in the most vile and vicious way by seeking to embarrass and shame her, leaving the documents with the personal text messages where he knew they would be found.

However, he noted that while McCormack had gone for counselling, a psychiatric report expressed concern that, given his pessimistic outlook, he might be at risk of self-harm or suicide if incarcerated.

Mr Ó Donnabháin said taking all factors into consideration, he would impose a 2½-year term but suspend it for three years on condition McCormack would have no contact directly or indirectly with his victim.

He also ordered McCormack to remove himself immediately if he found himself in the same place as his victim, to pay over the sum of €3,000 as a token of his remorse to his victim and to continue with counselling.