Children becoming ‘stuck’ in State care because of homelessness

‘Judges are reluctant to send children back to parents who are homeless,’ report finds 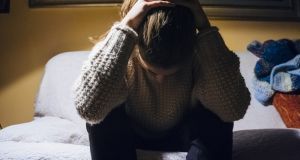 Homelessness has emerged as a factor keeping some children in the care of the State as judges are reluctant to send a child back to a parent who has no home, according to a new report on child care legal cases.

A case of alleged child abuse in foster care, a suspected forced marriage and claims of child trafficking also feature in the latest volume of reports published by the Child Care Law Reporting Project on Monday.

The project, led by Dr Carol Coulter, publishes regular reports from the courts on orders made under the Child Care Act, mainly relating to the taking of children into care. It collects and analyses data from the proceedings, reports on the nature and outcomes of the child care proceedings and promotes public debate on the issues raised.

Details of 28 cases from all parts of the State were published on Monday on the project’s website.

In six, the mother was homeless at the time the case was being heard, although in none of them was this the immediate cause of the application to take the children into care, the authors said.

Drug and alcohol abuse and domestic violence continue to play a major role in decisions by the Child and Family Agency Tusla to seek interim care orders, often followed by applications for full care orders.

The authors said, however, that in a number of cases where the possibility of family reunification arose, this was made much more difficult due to the mother’s homelessness.

In one case included in the latest reports, an interim care order was extended in respect of one child whose mother was suspected of being forced into a marriage. Social workers from Tusla met with the woman, who was from an Asian country, after allegations she had been raped. There were concerns that an arranged marriage had been set up for the woman with two suitors.

A social worker told a court in the case that Tusla was working with an adult disability service and assessing the young woman’s consent to the proposed marriage. She said a psychologist was of the opinion that she did not have the capacity to consent to it.

Three of the reports concern situations where newborn infants were taken into care around the time of their birth. Two were challenged in the higher courts. In one that was widely reported, the High Court found that the forcible removal of a day-old baby from its breast-feeding mother was disproportionate, as alternatives had not been considered.

The authors said the particular vulnerability of some children from ethnic minorities was also revealed in the latest volume of reports.

In one case, an interim care order was granted for a child of primary school age who was suspected of having been trafficked. A man claiming to be the child’s adoptive father was removed from the proceedings.

The reports included a number of cases from the High Court minors’ list, where the lack of availability both of placements in secure care for very troubled teenagers, and for step-down placements for young people leaving secure care, continues to feature in weekly hearings.

Dr Coulter said it was “worrying” that homelessness was emerging as an additional factor keeping children in care.

“We are now seeing cases where parents are addressing the problems that led to their children going into care on an interim basis, but even when those problems have been addressed, judges are reluctant to send children back to parents who are homeless,” she added.

Tusla brought to the attention of the District Court in a rural town an emergency change of foster placement in circumstances where there had been “non-accidental injury and suspected sexual abuse of a pre-school age child while he was in foster care”, the latest report of the Child Care Law Reporting Project shows.

The child and his younger sibling had been on interim care orders over the previous six months due to allegations of neglect against the children’s mother. The mother was expecting a third child, the report said.

The mother had supervised weekly access with the boy. At an access meeting 10 days previously, both the Tusla access supervisor and the mother observed “significant bruising” around the young child’s face. When asked, the foster parent was unsure as to how the bruising had occurred but thought it may have happened when the child fell on a wooden toy.

The boy was brought the same day for a GP consultation, where the doctor found the injuries to be “inconsistent with the explanation”.

The child was then referred to a consultant paediatrician where he was admitted to hospital for further assessment for five days. The consultant confirmed non-accidental injury and based on the child’s responses to bruising on the back of his legs and buttocks raised the issue of child sexual abuse.

It was later agreed that a Garda specialist interviewer would interview the boy in hospital in the presence of a Tusla social worker and the hospital’s sexual assault unit’s forensic physician.

The child did not disclose how he sustained his injuries but the forensic physician could not rule in or out child sexual abuse.

The social worker told the court the Child and Family Agency’s child protection team was assessing both the concerns of physical and sexual abuse and told the court no action would be taken regarding the foster carer’s two birth children until an assessment was concluded. The two foster children were removed.