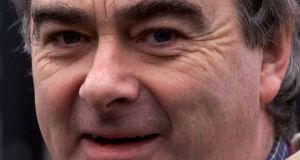 The Boston tapes project, which interviewed former republican and loyalist paramilitaries under the leadership of writer Ed Moloney, was sharply criticised by Judge John O’Hara in his ruling on the Ivor Bell case at Belfast Crown Court.

The ex-paramilitaries gave interviews under the guarantee that nothing would be published until after they had died, which led to a book by Mr Moloney in 2010, Voices From The Grave.

It carried interviews with former Progressive Unionist Party leader David Ervine and IRA man Brendan “The Dark” Hughes and was the first time most people learned of the existence of the Boston tapes.

Pointing to flaws in the confidentiality agreement, Mr Justice O’Hara said the interviewees were all promised that no papers would be released until after their death, except where they had given written approval.

However, the agreement failed to include “the critical clause that control or confidentiality is protected but only ‘to the extent American law allows’”, which meant that their wishes could be “ overridden by the law” of the US.

Following a series of court battles in the US, the tapes were released to the Police Service of Northern Ireland. In saying what he said on tape, Ivor Bell may well have done so “as a direct result of the false guarantee of protection”, the judge said.

At the court on Thursday, Mr Bell was found not guilty of soliciting the murder of Jean McConville in 1972.

The Boston tapes project’s lead researcher Anthony McIntyre “was not in any way a professional or neutral interviewer” and clearly had his own agenda against Mr Adams, the peace process and the Belfast Agreement, said Mr Justice O’Hara.

“That is clear from the tapes. He is also someone whose work was not being properly scrutinised or verified,” he said, adding that an oversight committee to supervise the project was never established.

“[Mr McIntyre] had a clear bias and was ‘out to get’ Mr Adams and others. Mr Bell shared that perspective on recent republican history and its leaders.”

Mr Justice O’Hara said the Bell taped confession is “likely to be unreliable” as “a direct result of the circumstances in which it was improperly and dishonestly induced by Mr McIntyre working under the auspices of the project director Mr Moloney”.