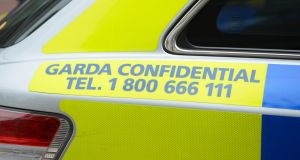 Gardaí have arrested two people in Dublin in relation to alleged money laundering activities in Killarney.

Two more people have been arrested in connection with alleged money laundering in Co Kerry.

The arrests in Clondalkin, Dublin, on Monday follow the arrests of three men in their 30s in Kerry last Thursday morning.

A Garda spokesman said two people were detained in Clondalkin Garda station under section 4 of the Criminal Justice Act 1984.

Both arrests were made as part of ongoing criminal activities in the Killarney area and were linked directly to the operation conducted in the Kerry Division on November 15th, the spokesman confirmed.

All three men arrested on Thursday were released later that evening and a file is to be prepared for the Director of Public Prosecutions.