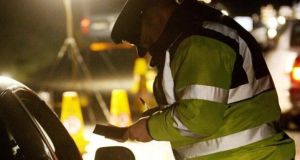 Approximately 28,000 road traffic prosecutions are in jeopardy following a High Court decision that an aspect of the fixed charge notice system is unconstitutional.

A change to the law by the Oireachtas in 2016 apparently aimed at stopping “chancers” from falsely claiming they had not received fixed charge notices, has fallen foul of the constitutional right to a fair trial.

Barrister David Staunton, for the State, told Ms Justice Úna Ní Raifeartaigh, who delivered a written judgment on the matter on Wednesday, that a view has yet to be taken by the State as to the “appropriate remedy” for the situation.

Ms Justice Ní Raifeartaigh had announced her decision on the legal issue earlier this month, saying her written judgment would follow. The cases before her involved two motorists who were summonsed to the District Court for driving while holding their mobile phones.

The High Court found that while one element of the Road Traffic Act provides that people cannot be prosecuted if they have not been first served with a fixed penalty notice, the 2016 amendment means that claiming not to have received a notice cannot be a defence when a case is brought to court.

The Oireachtas “cannot have its cake and eat it too”, Ms Justice Ní Raifeartaigh said.

A spokesman for Shane Ross, the Minister for Transport, said the written judgment will now be examined and the department will “take it from there”.