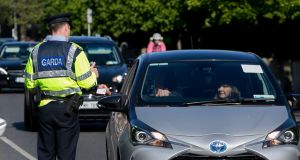 Only about a dozen rank and file gardaí have been infected with Covid-19 since the start of the pandemic, far less than expected by senior management.

However, more than 300 gardaí have been referred for testing to date and have had to self-isolate, including large numbers in Dublin, Westmeath, Meath and Cork.

At times clusters or suspected clusters have led to the temporary closure of entire units. In Westmeath, 45 gardaí had to self-isolate in March after one member returned from the UK and came into work before being diagnosed with the virus.

In Mountjoy Garda Station last week, an entire unit, comprising roughly 15 members, was stood down for 24 hours over fear of an outbreak.

However, despite concerns over the lack of priority testing for gardaí, the force has, so far, escaped the worst of the virus’s impact.

Garda Headquarters said it was not releasing official figures for how many members had contracted Covid-19 but that “there is currently no impact on any services of An Garda Síochána as a result of Covid-19”.

The Garda Representative Association (GRA), which represents 12,000 of the Garda’s 15,000 members, said it had received reports of about 12 confirmed cases among rank and file members. About nine of those gardaí are believed to have contracted the disease in the line of duty.

It is understood a further four or five cases have been reported among higher ranks. There have been no fatalities among the Garda as a result of the virus.

The figures have come as a pleasant surprise to management who were concerned the virus might severally deplete operational effectiveness. At the start of the pandemic, Commissioner Drew Harris took a series of drastic measures to ensure sufficient manpower in the event of a major outbreak, including drafting recruits into service after only five weeks’ training and delaying the retirement of certain senior members.

Other frontline services have been hit much more severely, including the Irish Prison Service which has seen about five staff, but no prisoners, contract the virus. This amounts to one infection per 650 staff compared with roughly one per 1,000 in the Garda.

More than 300 gardaí have been referred for testing. Most divisions outside major urban centres have seen 10-15 members requiring testing since the start of the crisis.

Gardaí have been subject to 64 spitting or coughing attacks since the start of the crisis and have used newly sourced spit hoods on a suspected 47 occasions. Mr Harris has said some individuals are purposely biting the inside of their mouths to draw blood before spitting at gardaí.

The GRA has expressed frustration at the lack of priority testing for its members. A plan to have gardaí tested at designated centres around the country by medically trained members had been shelved by management, it said.

The Association of Garda Sergeants and Inspectors (AGSI), which represents middle ranking Garda managers, said its 2,500 members felt “let down” by senior Garda management over the issue.