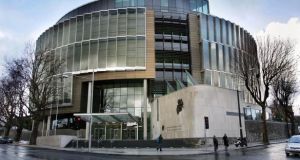 For the first time a court in public session heard of the sophisticated cell structure of the Kinahan gang. Photograph: Dave Meehan

It is surprising how infrequently the Kinahan gang is mentioned before Irish courts given the amount of misery and death caused by its members.

Despite the many cases involving the gang coming before the courts in the last four years, detectives tend to not use its name when giving evidence. Perhaps this is to avoid adding to the Kinahans’ already substantial public profile. Or perhaps it is to hide the extent of the Garda’s knowledge of how the group operates.

That changed on Monday when Det Supt David Gallagher of the Garda National Drugs and Organised Crime Bureau described to the Special Criminal Court, in extensive detail, the inner workings of the gang which has been responsible for well over a dozen murders since 2016 as part of its feud with the Hutch gang.

For the first time a court in public session heard of the sophisticated cell structure of the gang, a structure which bears striking resemblances to those employed by dissident and jihadi terrorist organisations.

Gallagher was giving evidence in the sentencing hearing of Mark Capper (31) of Cappagh Green, Finglas, who pleaded guilty to taking part in preparations for the murder of Patrick “Patsy” Hutch in early 2018. Capper, who will be sentenced later, pulled out of the murder plot before it was put in motion.

During previous sentencing hearings for others involved in the murder attempt, the superintendent described the plotters as acting on behalf of an organised crime gang which was targeting rivals “for assassination”.

On Monday, Gallagher stated explicitly that the men were working for the Kinahan gang which he said was involved in murder, drugs trafficking and gun smuggling.

The group is organised in a hierarchical structure which is made up of sub-cells, he said. These sub-cells operate independently, meaning at any one time a sub-cell may not know what the other sub-cells are doing.

This means if one sub-cell is caught, as happened in the case of the Patsy Hutch plotters, there is little they can tell the Garda about the wider gang’s operations, even if investigators hold out inducements like reduced charges.

The sophisticated nature of the gang was also evident in the painstaking preparations for the Hutch murder. A surveillance operation revealed the 10-man cell was well aware that the Garda had a protection post set up near Hutch’s home on Champions Avenue in Dublin 1 in the expectation that he would be a target. This post was taken into account in the gang’s planning.

The plot involved three stages, Gallagher said. First the criminals were to set up a “staging post”, a Ford van, two minutes’ walk from Hutch’s house.

Then they were to damage some of Hutch’s property to lure him from his house at which point a “looker” would signal to the hit team to move in.

The assassins would travel from the van on a motorbike, which would be left at the scene afterwards.

After the murder, the gang was to make its escape through a pedestrian tunnel to a waiting car.

Fortunately for Hutch, the Garda were aware of every stage of the plan. Shortly before its activation, the three-man hit team was pulled out of the van by heavily armed members of the Emergency Response Unit. The trio were later sentenced to a total of 36.5 years.

Gardaí were already well aware of the highly compartmentalised structure of the Kinahan gang when they started listening in on Patsy Hutch’s would-be killers.