€50,000 for airport worker sacked for refusing to drive uninsured 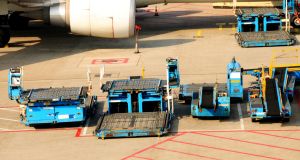 A Shannon airport-based worker, who was sacked for refusing to drive a company vehicle that was not taxed or insured, has been awarded €50,000 for his unfair dismissal. Image: iStock.

A Shannon airport-based worker, who was sacked for refusing to drive a company vehicle that was not taxed or insured, has been awarded €50,000 for his unfair dismissal.

Pejazyr Cakolli was sacked in September 2015 by Swissport Ireland after he refused to drive a vehicle on a road which the public has access to, adjacent to the airport.

Mr Cakolli largely drove company vehicles ‘airside’, where the public has no access, but was on occasion required to drive on roadways outside the airfield that were accessible to the public.

On August 20th, 2015, Mr Cakolli – who was employed as a ramp agent – refused to drive the vehicle on the road due to concerns that it did not have tax, insurance or NCT discs.

As a result, Mr Cakolli was sacked for ‘gross misconduct’ for his failure to follow a reasonable instruction from his supervisor.

The Labour Court found that Swissport has provided no adequate basis for claiming that the instruction to Mr Cakolli to drive on the roadway to which the public has access was reasonable.

It said that Mr Cakolli had raised concerns over the legality of driving the company vehicle on the road and Swissport “took no steps to take qualified advice on such matters and in fact did not make an enquiry of An Garda Síochána or its insurer”.

The court stated that Swissport sought the opinion of two persons who may not have had any knowledge or expertise in the area of road traffic legislation or motor insurance. The court was satisfied that the efforts by Swissport to check the legality of the instructions given to Mr Cakolli were inadequate.

In a letter to his employers appealing internally the decision to sack him, Mr Cakolli said he would continue to refuse to drive company vehicles on roads that the public has access to, stating that his stance was correct.

Mr Cakolli said that on June 27th 2015, an Airport Police Officer (APO) told him at a checkpoint that he did not have the proper licence to drive a vehicle of the nature he was on a public road.

A local Garda sergeant told the Labour Court that as a matter of law, any vehicle being driven on a roadway to which the public had access needed to be insured and taxed.

Mr Cakolli provided the court extensive evidence of his efforts to find alternative employment following his dismissal to hearing and he has failed to find such employment.