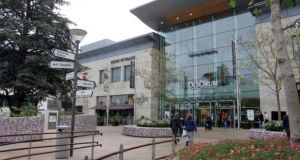 Some of Ireland’s leading retail outlets are quietly satisfied with how the weeks of trading have gone since the phased exit from the lockdown started.

While footfall is down and queues are still forming, money is being spent in a “calm atmosphere”, they say.

When Ikea reopened in early June, the queues stretched over 1km and many people stood in line for more than two hours before being allowed enter.

There are still queues at peak times but nothing like what they were. The retailer’s marketing manager, Martyn Allen, said new safety measures, including a one-way system, staggered entry, restricted numbers and social distance wardens to help customers find their way around, have “made for a calm atmosphere”.

He said the restrictions “do mean that there can be a queue of 30-45 minutes” but added that customers had been “very understanding of all the necessary measures we have put in place” and he said the queue was usually shortest for people who come first thing in the morning.

Since reopening, Ikea has seen particular demand for storage items, summer furniture, pots and pans, candles and picture frames. Mr Allen added that the “one thing customers are really missing is our restaurant and our meatballs in particular!”

Footfall in the Dundrum Town Centre has been stable and on an upward trajectory since it reopened in the middle of June and while people are spending less time in the centre, they are spending more money while there.

“Dwell time is shorter [but] conversion and transaction values have increased,” the store’s managing director Don Nugent told The Irish Times. “We have about 90 per cent of our retailers now open, which is great.”

He said the restaurants were feeling “very supported by customers so far this week, with a strong start”.

He said the numbers were not at last year’s level “particularly in light of capacity restrictions” but added that was not “a cause for concern”.

“Our priority has been to allow retailers and customers to ease back in. We have held off on any events or promotional activity as our focus is on ensuring people are comfortable being back in a retail environment,” Mr Nugent said.

He said gift card sales had proved to be particularly strong since the centre reopened, with a new gift card kiosk for self-service transactions attracting high volumes of customers.

This week the centre rolled out a new feature on its website called Crowd Checker which allows customers to see how busy the centre is in real time in order to help them plan their visit. The feature will show customers a busy status but will not share any numbers on occupancy or footfall.

Last Monday, phase three restrictions were lifted across the State and the number of businesses now open in Dublin has climbed to almost 80 per cent.

When the initial retail restrictions were lifted in early June, the city centre was experiencing an average daily footfall of approximately 162,000, a number which has climbed to more than 200,000 per day this week.