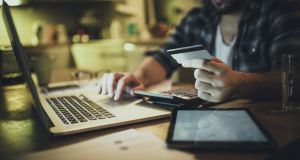 Once they are fully implemented across Europe over the next two years online marketplaces will have to be more transparent than is the case.

Consumers will more readily be able to establish who is selling products and how much they should properly cost while bogus endorsements will also come under much closer scrutiny by regulatory authorities.

As part of the New Deal for Consumers, enhanced protections have been put in place to better enforce and modernise EU consumer protection rules in line with digital developments.

The new rules will enable consumers to establish if products are sold by a trader or a private individual, while the submission of fake reviews or endorsements will be prohibited.

Moreover, sellers will not be able to advertise fake price reductions and price-comparison sites will need to inform consumers about the ranking criteria.

The new rules will also seek to enforce consumer rights by ensuring compensation for victims of unfair commercial practices. Penalties will also be imposed in case of “mass harm situations” affecting consumers across the EU. Member states have two years to transpose the directive into their national legislation.

“The new rules will increase protection for consumers in the digital world, which they rightly deserve,” said the European Commission vice-president for values and transparency Vera Jourová.

She added that the EU was “also saying no to products sold as identical in other member states, when this is clearly not the case”. But she warned that the new rules will not “protect consumers from rogue traders and online tricksters unless they are strictly implemented on the ground”.

Justice commissioner Didier Reynders said the EU was “sending a strong warning to traders that they should play by the rules, not bend them”.

Breaking EU consumer laws on large scale may cost a company a big fine of at least 4 per cent of annual turnover.

“This will be a sufficiently dissuasive and effective penalty to prevent dishonest traders from cheating. I welcome this new legislation, as it is setting truly European consumer protection standards,” he said.