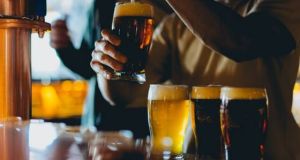 ‘The lifting of the Good Friday alcohol ban brings Ireland in line with all other European destinations, including the Vatican.’

Anyone propping up a bar stool on Good Friday might raise a glass to Limerick judge Tom O’Donnell.

As pubs and restaurants open around the country, the historic scrapping of the Good Friday alcohol ban follows his ruling eight years ago that bars could serve Leinster and Munster fans gathering for a match at the city’s Thomond Park.

“I accept that this decision may cause controversy,” he said at the time. “I wish to point out that the District Court is a court of record and not a court of precedent.”

That may be, but the decision sparked a campaign which ultimately defeated a religiously-based legally-enforced day of abstinence.

“That was the first real exemption, the first breach in the wall,” said Brian Foley, spokesman for the Vintners; Federation of Ireland, which took that watershed decision and began lobbying for change on behalf of its 4,000 members.

Pub doors will remain open throughout the country – with the exception of small pockets including Newmarket in Co Cork and Drumconrath in Co Meath, standing strong in the face of a crumbling tradition.

“Publicans have been looking for this for a long time,” said Mr Foley. “It’s a big day’s trading, and having ghost towns like we have for past decades makes no sense.”

One Dublin pub is marking the end of the ban by donating all its proceeds on Friday to charity.

Slattery’s pub in Beggars Bush on the south side, is donating the proceeds to Our Lady’s Hospice Care in Harold’s Cross and Blackrock, and the local 4th Port Dodder Sea Scout Group.

Assistant manager at Slattery’s Jerome Ennis said staff and management came up with the idea.

“I suppose people thought they would never see the day pubs would open on Good Friday so with more people likely to be heading to the pub, we thought we should capitalise on it by doing something for charity,” he said.

The Competition and Consumer Protection Commission recently warned that decisions agreed among groups of bar owners to stay shut were not allowed as they constituted potentially uncompetitive behaviour. Only independent decisions on the cessation of trade were acceptable.

The Restaurant Association of Ireland, another body hungry for change, said the move represented a potential €50 million in additional business, as well as an extra day’s work for staff.

“The lifting of the ban brings Ireland in line with all other European destinations that don’t prohibit the selling of alcohol on Good Friday, including the Vatican where you can get a glass of wine with a meal,” it pointed out.

Friday marks the removal of the second leg of a 1927 law that prohibited alcohol sales on Christmas Day, Good Friday and St Patrick’s Day, the latter being abolished in the early 1960s.

Only Christmas Day remains, and Mr Foley said there was “zero interest” to see an end to that.