Is the White Moose Café’s blogger ban a storm in a teacup?

22-year-old fitness blogger from the UK, Elle Darby posted a 17-minute video to her youtube channel saying she was “anxious, embarrassed and humiliated” after been rejected in her request for free accommodation from a Dublin hotel. Video: @elledarby 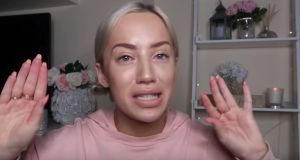 Elle Darby reacts to being called out by the White Moose Café.

Almost three weeks into 2018, and we hadn’t yet had a controversy featuring the White Moose Café and its pugilistic publicity-hound of an owner, Paul Stenson. Naturally, it couldn’t last.

Stenson, who has made baiting his own customer base a marketing tactic – he has previously banned vegans, suggested that breastfeeding mothers would be charged corkage, warned guests about exploding hairdryers, and demanded that coeliacs show a doctor’s cert – has now issued a ban on bloggers.

The ban comes after he posted a letter of reply to his Facebook account mocking an unnamed blogger who asked for free accommodation at his Phibsborough hotel, Charleville Lodge, in exchange for posting a video about her experience to her YouTube channel, as well as Instagram Stories and posts.

“Thank you for your email looking for free accommodation in return for exposure. It takes a lot of balls to send an email like that, if not much self-respect and dignity,” he wrote in the letter, blanking out the blogger’s name.

Earlier this week, a 22-year-old fitness blogger from the UK, Elle Darby, identified herself as the sender of the email, posting a 17-minute video to her channel saying she was “anxious, embarrassed and humiliated” by his response. “People often say you’re so lucky to get clothes sent to you for free,” she says in her video. “It is a perk of the job. You still have to work your arse off in order to get that discount, to get that day out for free.”

Darby’s video prompted some angry comments from other bloggers on Stenson’s social media accounts, leading to the ban on all bloggers – and, of course, lots more free publicity for all concerned. Darby’s video has now been viewed 125,600 times, while the White Moose Facebook post has 7,700 reactions and 1,600 comments, showing that there are no real losers when a social media storm blows up.

Stenson then wrote a post stating that he was banning bloggers from the hotel and café because “the sense of entitlement is just too strong” and the “nastiness, hissy fits and general hate” was giving the industry a bad name. “This kind of victimisation is very prevalent within the blogging industry and is in keeping with their general modus operandi of wanting everything for nothing,” he wrote.

Stenson, north Dublin’s answer to Basil Fawlty, with Michael O’Leary’s mastery of free PR and David Brent-like charm, is no doubt laughing all the way to his Facebook analytics page. His unconventional approach to PR appears to be paying off – according to his social media feeds, he recently closed the café and took his staff to Disneyland Paris.

But whether this is just another manufactured PR stunt from the Snapchat king of spin, his response does raise legitimate questions over the ethics of social media blogging, and whether there’s enough clarity about where the line between an honest review and a paid endorsement rests.

I see we’ve made the news in both America and Australia today. This is good. Seems my approach was a lot more effective than giving somebody a free room - and less expensive too! But no no, I am over 30. I have no idea how social media works.

Dear @whitemoosecafe,
I would like a free meal and in return as “King of The Internet” I will tweet/instagram to promote you..
DON’T MISS THIS OPPORTUNITY
(As you can see I am an expert food photographer) pic.twitter.com/fkpOwXiFQp

The Advertising Standards Authority for Ireland (ASAI) issued guidelines in November 2016 telling bloggers and influencers they must “fully declare” marketing communications. “Where celebrities or influencers are sponsored by brands or paid directly to promote a product, it must be clear these posts are marketing communications. To achieve this, the ASAI is encouraging the use of a clearly identifiable hashtag such as #Ad or #SP,” the guidelines state, adding that disclaimers should be visible upfront, and not below the fold.

Where products or services are offered for free, however, the guidelines are not quite so clear cut. If the freebie is offered in exchange for a positive review, then it is considered a “marketing communication”. But “if the product is offered free, but with no expectation that there be a review or that there be a positive review (ie the advertiser has no control over any subsequent content) then the material is not marketing communications”.

The Public Relations Institute of Ireland (PRII) points out that, under the Consumer Protection Act, 2007, it is illegal for editorial content to be used to promote a product “if it is not made clear that the promotion is a paid promotion.

“Earned media coverage can never be guaranteed,” the PRII guidelines on social media influencers go on. “If coverage is guaranteed, then it is advertising. It is unethical and a disservice to the profession for a public relations practitioner to enter a contract with a client or employer under which the practitioner guarantees quantified results.”

In spite of the controversy and his ban on bloggers, it’s not clear whether it is social media influencers in general that Stenson objects to, or just the nature of the approach from Elle Darby.

The White Moose website has a “brand endorsement” section outlining its owner’s availability to get involved in what sounds remarkably like influencer-style collaborations.

“Paul and Jason have approximately 200k followers across their social media platforms. If you would like to get more eyes on your business, the White Moose Snapchat might be the place for you. Unlike other ‘influencers’, we won’t feature your brand in a contrived or staged way. We will highlight your product/service using a natural and comedic approach, and we will always be honest about what we think.”