How to avoid the middle seat on the plane

As plane seats continue to shrink, here’s how to avoid the dreaded middle seat 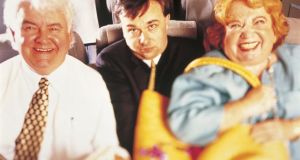 There are lots of ways to avoid the dreaded middle seat on planes, from checking in early to making the seating system work for you. Photograph: Getty Images

The only thing worse than enduring economy class on a long-haul flight is being consigned to the middle seat. In fact, even on short haul it’s far from ideal with manspreading and elbow-spreading eating into the little space you have. And, it’s only getting worse. US consumer group Flyers Rights found that seat pitch - the distance between a seat and the one in front or behind – has decreased from 35 inches in the 1970s to 31 and, in some cases 28 inches, now, while average width was down from 18.5 inches in the early noughties to 17 inches today.

The group is campaigning for a law on minimum seat width and last Friday a US court ruled that the body in charge of American carriers, the Federal Aviation Administration (FAA), must acknowledge their petition, known as “the case of the incredible shrinking airline seat”. The FAA is now obligated to review the petition “to place a moratorium on shrinking seat sizes and to create seat size standards”.

To mark this small win for elbows everywhere, we look at how you can avoid being consigned to the most cramped seat on a plane – the middle seat.

If you haven’t paid for the luxury of an aisle or window seat, check-in early, especially when travelling long haul. Many airlines give preferences to people who check-in early by allocating them into the earliest boarding group. Those who check-in last are typically part of the “C” group, which get the remaining middle seats. Checking-in as soon as you can and generating your boarding pass also solidifies your claim on your chosen seat meaning you can ward off a flight attendant moving you to accommodate someone else on an over-booked flight. However, it is worth noting that this won’t work with some short-haul budget airlines that wait until the last minute (24 hours out) to release the desirable seats to people who refuse to pay extra for an assigned seat. This is to try to force you to pay for the privilege.

Look for a different plane

It might seem extreme but one way to reduce the likelihood of ending up in the middle seat is by taking flights using planes with fewer or no middle seats on board. The Boeing 737 and Airbus A320 dominate the short-to-medium-range market. Both are usually configured with six seats per row, meaning two middle seats per row. Instead of the 737 or A320, look for a Bombardier C-Series (used by Swiss, Delta, Air Canada and Korean Air, among others), McDonnell Douglas MD80 series (American Airlines), MD90 (Delta) or Boeing 717-200 (Delta, Qantas) jets. These aircraft feature five-abreast seating in a 3-2 configuration, so there is only one middle seat per row. Alternatively, stay local. Smaller regional aircraft, such as Aer Lingus’s ATRs, usually feature two seats on each side, meaning no middle seats. To check aircraft seating plans before booking, consult SeatGuru (seatguru.com).

Travel surveys repeatedly report that the majority of passengers choose an even numbered row. According to a Skyscanner survey, seat 6A is the most coveted seat and the least favourite is 31E. Their survey also found that 46 per cent people prefer a window seat at the front of the plane. Sixty-two per cent of people choose an even numbered row. So, if you want a seat of your choice, move away from the crowded front and pick an aisle seat on a odd-numbered row, preferably towards the back of the plane.

We have done it for years and it still pays off on flights that aren’t full. If you are travelling as a couple or family, trick the system into giving you extra space by leaving an empty seat between two members of the party when checking in. In a three-seat row, if you book both the aisle and the window seats, you increase the chances of having an empty seat in the middle. If the flight gets booked up and someone ends up in the middle, the chances are they’ll be happy to swap to avoid being in the middle of your conversation so there’s nothing lost.

In 2015 an app promised an escape route for the middle seat flier by allowing users to track down someone else on board willing to give up a superior seat for money. The idea was that passengers could chat via the app to arrange a fee before or as they boarded. Instead of using an app, if you are in a cold sweat thinking about being crammed in the middle, make an offer to the person in front, behind or beside you. This involves cash but at least you can negotiate the rate.

Go to the desk

If you are travelling long-haul, even if you have checked in at home, it can be worth speaking to airline staff at the counter. When frequent flyers are upgraded, the seats that free up could be better economy or premium economy seats. So, smile and ask if there is something better available.

When you are on the plane and after boarding is finished, check for open seats. The chances are, if the doors are closed and no one is in a seat yet, it’s fair game. Usually flight crew will assist a quick move or relocate after take-off.

If all else fails, fly with Delhi-based carrier Vistara … if you are a woman that is. The domestic airline, which has plans to expand beyond India in the near future, launched a service that guarantees women won’t be allocated a middle seat following passenger feedback. It’s part of its Woman Flyer initiative introduced in March to protect solo female fliers in a country known that is listed as the fifth most dangerous countries for women travellers by the International Women’s Travel Centre. It also offers assistance with baggage and taxis a t your destination.

Surviving the middle seat: Our tips

So, it happened. You waited until the last minute to book and board your flight and now you’re stuck in the middle seat. Here are a few ways to make it better.

Be prepared: Pack your carry-on and personal bag methodically. Put the things that you will definitely need during the flight (book, tablet, sweets, water) in an easily accessible pocket. This means you don’t have to use your limited elbowroom digging through your stuff when you are seated.

Claim the armrests: As the middle-seat occupant, etiquette says you get both armrests. Ignore the passive aggressive huffing and puffing and claim your space. Then promptly put on your headphones.

Make nice: Say hello, offer your neighbour a sucky sweet, do whatever it takes break the ice and establish some goodwill and all important space. Remember, you might end up waking up drooling on their shoulder.

Bring a neck pillow: They might look ridiculous hanging off your bag but invest in one when you are bound for the middle seat. The cost is well worth it when compared to trying to fall asleep while your head flops around like a bobblehead doll on a dashboard.

Cancel the noise: Even in the middle seat, noise-cancelling headphones mean chatty neighbours and screaming babies fade into the background.

This article has been edited to correct an error