What women like Rosaleen McDonagh endured: deep loneliness and isolation

It is not time yet for our collective memories, like old buildings along the docks, to be pulled apart 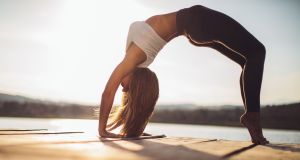 We reminisced about that other millennium we once inhabited, long before chai tea and inclusivity and beautiful young girls in Lycra saluting the noonday sun

I took the Dart to Dublin’s Grand Canal Dock and walked down towards Spencer Dock on my way to meet an old friend. I walked in the dusty sunlight, past hard-hatted builders by Boland’s Quay, the site recently sold to Google for about €300 million.

The development is the largest urban regeneration project in Dublin city centre in years. The plans include offices and apartments, cafes, a cultural space and two new civic plazas with water frontage on to the dock. Historic old buildings, some dating from the 1830s, will, the developers say, be “sympathetically restored”.

In the late 1970s a boy I loved worked in the flour mill on that site. He used to describe to me the view over the bruised, skint city as he perched in a cabin above the rooftops. From there, he operated a machine that sent the flour cascading down through a massive chute. He told me how sometimes he saw rats drowning in the grain and he would pull a lever to stop the flow.

He didn’t stay in the job, and eventually we too ran out of road. I still hear from him occasionally; like that of the mill, his story has had many chapters.

She is not a woman who takes small pleasures for granted, and her enthusiasm is catching

I crossed towards the hotel where my friend, the writer Rosaleen McDonagh, and I had arranged to meet. In our email conversation she’d said she would treat me to a coffee in a chi-chi docklands hotel near her flat. I greatly appreciated her offer; she is not a woman who takes small pleasures for granted, and her enthusiasm is catching.

The sun was bouncing on the waterfront as I crossed an expanse of open pedestrianised space. Two lithe young women, one with a loose mane of reddish hair, were practising yoga on the dock. Consciously unselfconscious, they arched and furled by the water while, around them in the lunchtime cafes, young city workers ate endless variations of avocado and drank things out of Kilner jars.

I greeted Rosaleen in the glassy hotel foyer. She ordered the coffees while I told her about the downward-dog girls on the dockside, about the lunchtime diners with an iPhone in one hand and a taco in the other.

We reminisced about that other millennium we once inhabited, long before chai tea and inclusivity and beautiful young girls in Lycra saluting the noonday sun.

Rosaleen is a playwright and activist who was recently appointed to Aosdána, the organisation founded in 1981 by the Arts Council and the Irish government to honour and financially assist artists whose work has made an outstanding contribution to Irish creative life.

I first met her long before such laudable schemes were realised. It was in the late 1970s, when she was living in institutional care, having been compelled, as a largely wheelchair-bound child, to leave the Traveller halting site where she lived with her family and where many of them still live.

We talked about the devastating loss of her home and culture that this childhood schism involved, and about the depth of her loneliness and isolation in the bleak institutional conditions she and so many others endured. We talked about the debilitating lack of education and ambition imposed on intelligent, curious children such as Rosaleen, parched of stimulus behind the impenetrable walls of societal neglect.

Watching her sip her coffee in her sharp green dress on that sun-kissed afternoon, it felt dizzyingly easy to believe that the grim old days were over

We talked too about love and loss and, as we always do, about writing. We discussed the endless game of musical chairs that artists from all sorts of disciplines find themselves playing: in or out, up or down, feted or forgotten, flavoursome or stale. We spoke about the lifeline that membership of Aosdána has given her in terms of pursuing her creative work.

Knowing Rosaleen’s extraordinary journey, and watching her sip her coffee in her sharp green dress on that sun-kissed afternoon, it felt dizzyingly easy to believe that the grim old days were over, that somehow the hipster fragment of Irish life on display beyond the hotel windows was who we now really are.

But there are still children living in isolation and neglect, in homelessness, in direct provision, in poverty. It is not time yet for our collective memories, like the old buildings along the docks, to be pulled apart and sympathetically restored.

“Citizenship, inclusion and diversity are the core fundamentals that underpin democracy,” Rosaleen wrote for an article in this newspaper not so long ago. In the cacophony of our brave new society, hers is a voice of experience that should not go unheeded.

The most exciting Irish restaurant, from a young team, in years
5