The meddling, overbearing mother-in-law stereotype is a cliche

Tanya Sweeney: I’m officially acquiring a mother-in-law – and I couldn’t be happier 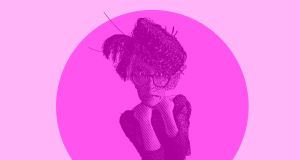 Your relationship with your mother-in-law will be a complex one - but does the cliche hold up? Illustration: iStock

“Adam and Eve were the happiest, and luckiest, couple in the world, because neither of them had a mother-in-law.”

“How many mother-in-laws does it take to change a lightbulb? One, she just holds it up there and waits for the world to revolve around her.”

It didn’t take me very long to find mother-in-law jokes on the internet. Terrible as the two above might be, these have been a comedy mainstay for as long as anyone can remember. The big question is, why? A stereotype of a meddling, overbearing mother-in-law thrives; a woman who often sees any suitor as unsuitable or inadequate for their son or daughter.

I’ve known a couple of women who, for reasons only known to themselves, would sneer or wince slightly when they mentioned “Steve’s mum” or “Dave’s ma”. Perhaps they simply had the trope so drummed into them that they can’t separate the reality from the cliche. But for many others, the relationship is gratifying, as the acquiring of a second family probably should be. A mother-in-law is probably similar in many ways to the person you fell for. You love the same person, albeit in very different ways, and for different reasons. Almost to the point where the person you both love isn’t really the same person at all.

Does the trope exist for a legitimate reason? Is it because mums are protective of their children, putting up a psychological barrier with their romantic partners? Is it because they’ve met half a dozen potential paramours before, and they’re not sure you’re going to stay? Is it because you’re in direction competition for one person’s attention and affection?

I got lucky. In acquiring a partner, I managed to acquire a maternal figure, too


Is it because, if you choose a romantic partner based on their attractiveness, sense of humour or creativity, there’s a very good chance that these aren’t the things their mum values in them?

This year, I’ll be acquiring a mother-in-law of my own – indefinitely, with any luck – and I’m glad to report that in our case at least, the stereotype has no bearing. That said, my partner’s mother and I are very different women. She is a domestic deity, throwing apple pies, bread and roast dinners together without blinking, while I consider Doritos and a Fig Roll chaser a passable lunch. She is deeply spiritual and observant of the Catholic faith. I only talk to Christ when I’ve stubbed my toe on the furniture. Had it not been for my partner, it’s very likely that our paths would never have crossed. But I’m glad they have.

When I first met my soon-to-be-in-laws, I was strangely nervous. A testament, perhaps, to how much I liked my partner. Usually, I could take or leave my boyfriends’ parents, and vice versa. But this meeting, somehow, felt more significant. I wanted his parents to like me, and cared very much whether they did or not.

Brian’s mother and father had just returned from a day at the races, and my soon-to-be MIL was dressed elegantly. I felt like a proper urchin in the face of her sheer finery, but I was soon put at ease and we were off to the races, as it were. The small talk eventually gave way to something more meaningful. We bonded over books (she is almost as big a bibliophile as I am). For the first time in my life, I watched the Antiques Roadshow. Our Sunday afternoons there were cosy, gentle and soporific. It felt like family. And when our daughter came along, my relationship with this woman was strengthened anew.


I’ve no doubt my soon-to-be MIL doesn’t agree with many things that I do, but she is kind and wise and emotionally intelligent enough not to let me know. It also helps that my partner, whether via nature or nurture, inherited her strong domestic skills. If anyone is gently telling me off for not knowing how to properly store pastry or clean a skillet, it’s him.

I got lucky. In acquiring a partner, I managed to acquire a maternal figure, too. I bring biscuits to the house, and am happy to do errands. Nothing pleases me more than dropping a huge bag of books to my future MIL’s house, and seeing how happy this makes her.

I get that some in-laws are harder to deal with than others. A number of variables are probably conspiring to make this a deeply complex and complicated relationship. I asked a colleague who had to work a little harder than usual on how she finally made it work with her own mother-in-law. She noted that she learned to let the little things go, while firmly holding her position on the big stuff. And if her mother-in-law ever offered, in the spirit of passive-aggressiveness, to come over and “help her” iron her husband’s shirts, my friend overlooked the dig and happily took her up on her offer. A win-win situation if ever there was one.