Jennifer O’Connell: Personal stories have swayed the public on citizenship, as politics again lag behind 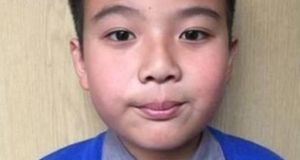 The woman sitting on a bench at the Luas stop outside Heuston Station was in a bad mood. It was a skin-strippingly cold morning, the kind that hits you like a physical assault when you step on to the train platform. There was a malevolent wind coming up off the river, and she was shivering, in just a thin sports top and jeans.

As bodies surged towards the train in an irritable, early-morning mass, and numb fingers jabbed at the ticket machine beside her, she sat there, grumbling under her breath. She was looking for a bit of spare change. “I’m homeless,” she said plaintively, loud enough now to turn a few sleepy heads.

“It’s all the bleeding African-Americans coming over here to take our houses.”

You couldn’t get any more Irish, I thought at the time. She may be racist, and wrong, but at least she’s trying to be polite about it.

I was wrong too, though. Racism and Irishness aren’t inextricably linked, whatever the unfortunate woman at Heuston was saying; whatever the panicked newspaper headlines in the aftermath of the presidential election might have speculated.

“Ireland, which seems intent on bucking the illiberal tide in the West, is at it again,” went a recent article in the New York Times, on proposals by the Labour Party to extend citizenship to children who are born here and spend three years in the country. “As other countries move to tighten restrictions on immigration, the Irish public is overwhelmingly in favour of a proposal to reinstate birthright citizenship.”

The article was about a Labour Party Bill on birthright citizenship, which was shot down by the Government. But Minister for Justice Charlie Flanagan said he would be “instituting a process of consultation on some of the issues raised”, after a poll by the Sunday Times found that 71 per cent of respondents would support birthright citizenship – just slightly less than the 79 per cent who voted in favour of removing it from the Constitution in 2004.

We’ve got a taste for repealing, and now it seems we don’t want to stop.

As usual in small, damp, big-hearted Ireland, it is the power of the personal story that looks like it might have swayed public opinion – stories such as that of a nine-year-old boy, Eric Zhi Ying Xue, who was born in Ireland and was threatened with deportation along with his Chinese mother until a petition raised 50,000 signatures and the deportation was halted.

Any talk of birthright citizenship will spark concerns about people gaming the system. There will be talk of pregnant women coming over to have their babies in Ireland and avail of our generous asylum system, while they count down the months until they hit the three-year mark – at which point they’ll be free to go anywhere in Ireland, Britain or Europe.

But anyone who thinks it’s that easy, or that our asylum system makes it that attractive, clearly hasn’t had much experience of it.

I recently met a little boy of 11 who had spent his first six years living in a direct provision centre, while his mother waited for her asylum application to be processed. He remembers the cameras everywhere, and the fact that you could only get your meals at certain times. “There were the mean people, and the good people,” he said. “The mean people were like bullies. The good people were the people you could rely on. Some of the mean kids, their parents knew they were doing bad things and wouldn’t stop them.”

Direct provision centres are no place to bring up children. They’re certainly no place to leave families languishing for five or six years.

A blanket reintroduction of birthright citizenship might not be an ideal solution. But neither is consigning families to indefinite limbo. Neither is making children who are Irish in everything but name stateless. Neither is leaving final decisions to the discretion of whichever minister is in charge. Neither is making the right to remain a national popularity contest, with names on a petition counting as votes. Neither is relying on Irish solutions to tricky Irish problems, just like we did for years with abortion.

Recently, the news of a US visa deal for Irish citizens was widely celebrated, although there were concerns about whether the undocumented Irish would be able to apply. But what about the undocumented in Ireland? What about all the Erics we don’t hear about, because their parents are staying quiet and clinging to a thread of hope?

There are Irish-born children who go to school here, play hurling, call their lunchbox a “bosca lóin” – and have no idea that Ireland isn’t their country after all, or that a letter might arrive at any moment and rip their lives apart. Their parents say nothing about the deportation order that could come any day. Instead, they kiss their children on the head, and send them into school with the packet of Tayto and the empty cereal boxes for Aistear. They hope that something will change and that they never have to say the words: it is the only home you’ve ever known, but Ireland isn’t your country after all.