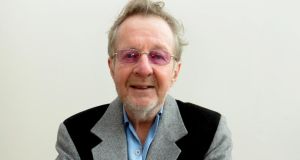 The guitarist, songwriter and music producer Philip Donnelly has died, leaving behind a discography that reads like a who’s who of folk and country music.

Dubbed the Clontarf Cowboy, he worked with Johnny Cash, Donovan and the Everly Brothers. He introduced John Prine to Irish audiences and co-wrote Crystal Gayle’s hit song Livin’ in These Troubled Times.

It all started in his home in Clontarf, Dublin, when his mother Jane bought him his first guitar in his early teens. He had grown up listening to his parents’ blues records and it wasn’t long before he had joined his first band – the Oscar Whifney Quartet. That morphed into the band Portrait and then Elmer Fudd.

When folk singer Donovan asked him to join his tour in 1969, his path in life was set. He toured with Donovan for a few years before joining Gary Moore’s band and then returning to Donovan for a sprawling American tour in 1974. But this time he did not return home, deciding to try to make a go of it in Los Angeles. “I knew I was going to go to America from the time I was very young,” he told Frances O’Rourke for an article about his friendship with Prine in this newspaper in 2015. “I went straight from Clontarf to Hollywood.”

He worked as a session musician in Los Angeles and Nashville on more than 300 albums during the 1970s and 1980s. The artists he toured and recorded are too numerous to list but they included Guy Clark, Don Williams, Emmylou Harris and Townes Van Zandt. He made eight albums with Nanci Griffith and worked with Lee Clayton on four albums, creating a blend of country and Celtic music that was called “Border music”. He also worked with Irish bands such as Clannad, the Fleadh Cowboys and De Dannan and even found time to run the Philip Donnelly Band.

He first began working with Prine in Cowboy Jack Clement’s recording studio in Nashville in the early 1980s and they became firm friends. “My first impression was that he played great guitar and he talked a lot,” Prine recalled. “When we were on the road, we were a party waiting to happen . . . Philip’s very interesting, has great stories and if you hang out long enough with him, you’ll find out most of them are true.”

Donnelly was responsible for bringing the US singer to Ireland for the first time, in 1986, and two years later he invited him to take part in his televised concert series The Sessions, recorded at the newly opened Point Depot. It was at an after-party in Dublin where Prine met his wife Fiona. Prine’s The Speed of the Sound of Loneliness will always be associated with Donnelly and he was working with him when the song came to him. Donnelly later recorded it on his Town & Country album and again as a duet with Prine on his Beyond the Pale album.

He returned to Ireland in the mid-1980s to look after his mother after his father Gerard died suddenly, and he never went back. He married US artist Jessica Roth who lived in Cashel and they had a son Brian together. Their home became a meeting point for artists and musicians. After they separated amicably, Donnelly moved to Clonmel and they remained in each other’s lives. He still made forays to the bright lights to make music and it was on one of these outings that he met Fiona Skehan, through mutual friends in the music business. They were together for many years and remained friends to the end.

Speaking at his funeral, his nephew Ciaran Donnelly recalled how, as a child, he had helped his grandfather (Philip’s father) make a wooden case. “Then one day Philip came home and into it went this shiny glamorous symbol of rock ’n’ roll, his Les Paul. Every once in a while, I’d open the case and just look at the guitar, strum the strings, hear that sound. It was Cúchulainn’s hurl, Excalibur, it was that powerful. And magical.”

Ciaran Donnelly would go to play with his uncle and said his style was unique. “It was Irish, it was blues, it was cosmic, and it was country.” On an RTÉ radio documentary From Clontarf to Nashville, Chips Moman, who produced Elvis Presley, rated Philip Donnelly’s guitar-playing skills alongside those of Jimi Hendrix and Eric Clapton. RTÉ Late Date presenter and Hothouse Flowers guitarist Fiachna Ó Braonáin, who shared a stage with Donnelly, recalled how he “played these licks that would fire off like sparks into the sky, just incredible”.

After his death, friends spoke of his gregarious nature and his talent for bringing people together in social gatherings. He gave his time generously to fellow musicians and didn’t think twice when using his Nashville connections to help others. “He always trod his own path, and he taught a lot of people to believe in themselves,” his son Brian said in a tribute after his funeral.

Philip Donnelly died in University Hospital Waterford, surrounded by loved ones, after suffering some health complications. He was almost 71.

He is survived by his brother Gerard, his son Brian and grandson Matson.

Nuala O’Faolain, a feminist whose happiness was often tethered to men
4

What does €650k buy in Italy, Portugal, England, Turkey and Dublin 5?
Real news has value SUBSCRIBE