‘If someone seems to have all the answers, run’ 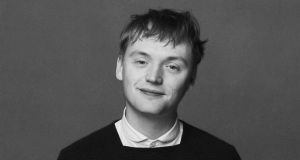 What’s the biggest challenge you’ve ever faced?
Closing down my theatre company, Collapsing Horse. After eight years of making weird, comedic, lo-fi, sweaty theatre and touring it around the world with my friends, in the last couple of months, we decided to bring it to an end. The ambition was to build an art-topia: to pay ourselves a decent wage to do the work with an ever-expanding team of associate artists alongside us as we progressed. The idea was to make theatre in a way that had fun and experimentation at the centre of its ethos. And for a while we were getting there! This year, there were four of us on year-round contracts with the company, and dozens of artists and technicians working on specific projects. But the prevailing financial winds are not good for a company like that. We couldn’t bring ourselves to lower our ambition or to pivot to something of which the market wanted more. However difficult, we thought it was better to commit this time to memory, and take it out of our imagined future.

What’s the best advice you’ve ever received?
From Steve Marmion, who ran the Soho Theatre in London until recently. He said: all your advance preparation, plans, imaginings of what a project is going to be, that’s your Plan B. It’s what you have to fall back on. Your Plan A is whatever you come up with along the way that’s better. It’s the thing that you couldn’t possibly have anticipated in preparation.

And the worst?
Move to a major world capital, they’re the only places in the world you can live as an artist. That turns out to be b*****ks.

Who is the person you admire most?
Lelia Doolan [the film producer]. Apart from being a driving force that’s brought some of the best things in Irish cultural life into being over the last 60 years, she’s an iconoclast, an excellent bulls**t detector, and wholly kind. She also happens to be my great-aunt.

What has been the biggest influence on your career?
The Next Stage. It’s an initiative of the Irish Theatre Institute and Dublin Theatre Festival where they take 40 theatre and dance practitioners and put them through a kind of aesthetic boot camp, where they see everything in the Dublin Theatre Festival and do workshops and talks with the artists and each other. I’m still drawing on the things I learned and experienced in those two weeks in 2011.

Where do you return to for a sense of calm and time out?
The South Bull Wall, just past Poolbeg and jutting out into the sea. Hold your breath as you pass the sewage treatment plant and you can look back at the city with a really rare view.

What do you think your friends would say your most dominant trait is?
A paradoxical combination of space cadet and control freak. I’m sure it’s very annoying.

Do you have an unfulfilled goal you don’t tell people about?
To create big, lush, open-world video games. I grew up playing Grand Theft Auto and Red Dead Redemption, which are astonishing works of art, but I think there’s a lot more potential in the narrative of the video game form than I’ve seen realised so far.

What’s your life motto?
No gurus. If someone seems to have all the answers, if they’ve figured it out, if they’ve somehow resolved all the contradictions ... run.

A Very Old Man with Enormous Wings, directed by Dan Colley, is on the Peacock Stage at the Abbey Theatre until December 28th

I rent out my Irish house but live abroad. Do I have to pay tax?
5