Michael Harding: The faster I read, the more gin I downed

I stretched on the bed for a moment and woke up hours later, still clothed 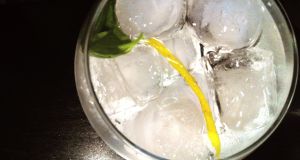 At the beginning I limited myself to one shot per chapter. Photograph: Getty

One evening last week I wanted a break from coronavirus so I decided to avoid the television and the internet.

Instead I began reading Hilary Fannin’s new novel, The Weight of Love. And as usual when settling into a book, I decided to have a drink.

There was some Gunpowder gin in the fridge so I poured a tiny measure, no bigger than a thimble full, into a glass of ice cubes, added lashings of tonic and crowned the entire glorious libation with slices of lemon.

At the beginning I limited myself to one shot per chapter. But the chapters were rather long, so I opted for a shot at the beginning, in the middle and at the end of each chapter.

But a problem arose because the book is really excellent; beautifully written and has the power of truth to it. So eventually I couldn’t turn a page without one more dash of Drumshanbo’s favourite elixir.

The novel moved fluidly from page to page and between two time zones. It was impossible to put down. And the faster I read, the more hooch I consumed.

The Beloved was away so there was no one to restrain me, and when I was going to bed I took a last double shot with me to the bedroom, leaving the glass on the table while I undressed.

I felt thirsty and instinctively reached out to gain a glass of water from the side table, forgetting the glass was full of gin

But that became a wrestling match with myself; I fell over as I attempted to get out of my trousers, and by the time I succeeded in pulling up my pyjama bottoms, I was exhausted.

So I took a break before removing the rest of my things. I stretched on the bed for a moment, and woke up three hours later with my shirt still buttoned up.

I felt thirsty and instinctively reached out to gain a glass of water from the side table, a habit I have in the middle of any night, forgetting that the glass was full of gin.

And I can’t remember anything after that.

The following day I clung to the steering wheel and headed for Carrick-on-Shannon to get groceries. I was thinking about Mongolia in the 1990s where I spent a few weeks travelling around the wilderness in the back of a jeep with a bunch of Tibetan monks.

The Soviets had just gone away at that time, and the capitalists had not yet arrived to ravish the country of its minerals and create slums of degrading poverty on the fringes of some cities. Back then the streets of Ulan Bator were deserted and ghostly; exactly like Carrick-on-Shannon looked as I drove towards Aldi, beneath the chilling shadow of the virus.

I wheeled my trolley in silence, and kept my head down when I was passing another shopper, and nobody spoke as I went through the checkout

No cars passed me on the road and no children appeared at school gates. I saw no shoppers on the streets, and the car parks were deserted.

I wheeled my trolley in silence, and kept my head down when I was passing another shopper, and nobody spoke as I went through the checkout.

When I returned home I sat by the window, listening to the song of finches in the garden. I listened for human songs, too, but none came; not even a neighbour’s tractor can be heard now in the remote hills above Lough Allen.

In the garden the birds didn’t even seem to notice that I was walking under the trees as they busied themselves with twigs in their beaks, and perched on high branches to scream at the world and pitch for a lover.

But at least I can hear them now; I have nothing else to do but sit and listen and be receptive to the universe.

The Weight of Love is a moving human story, and for me it was an excellent antidote to the grim reality of lockdown

Since the virus arrived on Ireland’s shores I’ve spent hours in my studio at the end of the garden, gazing at an icon of Christ on the wall and at a female Buddha on the other wall, and eventually just gazing at the wall and nothing but the wall. Unable to make and remake the universe in my own image every day, I am forced to accept the universe for what it is.

And I have more time for reading books. And The Weight of Love is a moving human story, and for me it was an excellent antidote to the grim reality of lockdown.

The stove was warm. The book lay beside the armchair. I was halfway through it. Another solitary but pleasant evening lay ahead, I thought; although I made a solemn promise not to touch the Gunpowder again, not until the weekend.

What do you do when you meet a bear on a walk? Copy this 12-year-old
4