I have never understood why the actor gets so much grief, particularly from other women 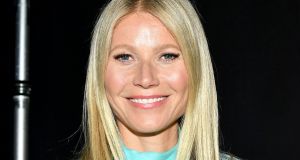 Gwyneth Paltrow: She knows you hate her, and she doesn’t let it wreck her buzz. In fact, she monetises it. Photograph: Amy Sussman/Getty Images

I’ve never understood why Gwyneth Paltrow gets so much grief, particularly from other women.

I’ll admit I did balk a bit at her most recent foray into homewares. I’m referring, of course, to the €67 candle that smells like her vagina. That’s not me editorialising – the candle for sale right now on her Goop website is called This Smells Like My Vagina – because, well, Paltrow decided it was indeed olfactorily resonant of her nether regions. Notes of bergamot, damask rose and geranium, since you ask.

Paltrow’s genius is to recognise something the porn industry has known for years. Vaginas sell. Step forward, Goop, with your vaginal steaming, your vaginal jade eggs, your vulva tee-shirts and tennis coach vibrators. I suppose it was only a matter of time before she started selling her own. Whether the candle was further evidence of her untrammelled narcissism, or a sign of her left-field wit, didn’t seem to matter to her fans. It flew off the (virtual) shelves. It’s probably only a matter of time before the German discount retailers roll out their own, more affordable homages for local European markets.

Paltrow’s latest venture is a documentary series on Netflix called The Goop Lab, which has divided my girlfriends squarely down the middle. On one side are those who find themselves flinging the remote control at the television when the ad starts to autoplay; on the other, are those who keep the rest of us regaled at parties with blow-by-blow recaps. Spoiler alert: it features a lot of vaginas, at least one in a live-action orgasm scene.

I suspect her main transgression is that she refuses to conform to the Hollywood prototype of beautiful, silent woman, a prototype that does women no favours

A clue as to the real reason I suspect she’s so enraging comes in the opening moments. “When I started Goop in 2008,” she drawls, “I was like, my calling is something else besides making out with Matt Damon on screen.”

Is this actually what winds people up – the idea that she had notions of being more than merely a beautiful face on a screen?

Because otherwise, the evidence stacked against her is . . . what? She’s ambitious and she’s not afraid to show it. She is unashamedly smart, even if she sometimes sounds like the human embodiment of a LinkedIn blog post. She is not coy about her beauty. She’s not squeamish about women’s bodies. She’s successful, happy, apparently perfectly nice, if not above peddling a bit of snake oil here and there. At the time of writing, Goop’s product range includes psychic vampire repellent, 24-carat gold vibrators you wear around your neck, and quartz crystal water bottles. But I don’t think her customers are nearly so gormless as the relentlessly furious headlines suggest. If they come for the outrage, they often stay for the cashmere sweaters or the topaz earrings.

Anyway, is it really so much more toxic than other “female-oriented” media, whose entire modus operandi seems to be to pit women against each other? (Kate vs Meghan! Jen vs Angelina! Working mums vs Stay at Home mums!)

The animosity towards Paltrow peaked when her marriage ended in 2014, and she and Coldplay singer Chris Martin announced they were “consciously uncoupling”. The term for what other people generally called “separating” immediately became the most derided in the English language, a position it held onto until it was eventually overtaken by “pussy grabbing”. “It was brutal. I already felt like I had no skin on,” Paltrow said later of the episode. She didn’t say, though I’m sure she noticed, that no one gave Martin any grief over their joint statement.

But who’s laughing now? The couple still holiday together, and when interviewers turn up at Paltrow’s home, he’s often there, pottering around in his socks and strumming a guitar.

There is a photo that resurfaced during the first flush of Weinstein allegations, showing him and Paltrow at some event. It is a chilling portrait of toxic power. He’s looking at something off camera, and his arm is around her, a meaty paw clamped to her bare arm. She’s looking right at the camera. It is a look that many women will recognise, a direct challenge and an expression of wordless fury. Nothing is worth this, it says. Paltrow didn’t just think it. She got out. She made her own way. And when the time came, she exacted her revenge. She went on to become one of the first sources for New York Times reporters Jodi Kantor and Megan Twohey against Weinstein.

In the end, the criticism of Paltrow amounts to not a lot more than this: she is too self-absorbed, too #blessed, too much in control of her own life, too good at playing the game. She knows you hate her, and she doesn’t let it wreck her buzz. In fact, she monetises it. If that’s not a reason to at least grudgingly admire her, I don’t know what is.

Do you have a Caroline Flack relationship with social media?
7

Make a move to Rialto: Dublin 8, but without the wave of gentrification
Real news has value SUBSCRIBE