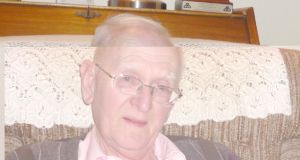 Born in the shadow of the Terenure tram-sheds on August 23rd, 1930, Michael Corcoran, who died on September 6th, was a true Dubliner. The family moved house to Clare Road in Drumcondra in 1931, where he spent the remainder of his childhood.

From an early age he was fascinated by transport, spending much time with his father watching the trams go by at the corner of Griffith Avenue.

In 1942 Michael gained a scholarship to attend Good Counsel College in New Ross, Co Wexford. Michael was a diligent student, gifted in languages, maths and science.

Michael hoped to study engineering at university but in February 1947 his father died suddenly, and Michael sought employment to provide for his mother and younger sister.

In 1947, he started work in Dublin County Council, and later Dublin Corporation, working as a draughtsman and later in the drainage division.

On July 9th, 1949, following the closure of the Dublin tram system, Michael and some like-minded friends acquired three Dublin trams with the intention of restoring them so that future generations could marvel at them too.

Youthful exuberance and dedication were not sufficient to maintain these artefacts and without the required financial backing to house the trams, they were eventually lost to the elements.

In 1955 Michael fell in love with Listowel woman Ellen (Nellie) McGrath; their first date was on the Hill of Howth trams. They married in October 1958 and had three children: Janet, John and Ellie.

For 15 years the volunteers worked tirelessly from the depot in Castleruddery, Co Wicklow, restoring vehicles, operating a functioning transport museum and providing vehicles for film work, all without any regular national funding and most often at great personal cost.

In 1986 Capt Gaisford St Lawrence invited the museum to take up residence in the disused farm buildings at the Howth estate, providing a secure and accessible home for the ever growing collection. A Dublin-based museum would reduce travelling costs for the volunteers, increase visitor numbers and allow the citizens of Dublin to fully appreciate the history preserved by so few for so many.

After his retirement in 1995, having spent 48 years in public service, Michael devoted his time to the museum, and the preparation of his books.

In 1999 he was asked to return to Dublin Corporation to organise the plentiful historical records of Dublin’s drainage.

Almost every Saturday, Michael spent the day in the museum in Howth, guiding visitors around the depot, dazzling them with his encyclopaedic knowledge of Dublin and her transport heritage. Many Sunday afternoons were spent similarly, thanks too to the patience of his wife.

When not in the beloved museum depot, Michael gave many talks and lectures to various historical groups, wrote articles for innumerable publications, and provided transport and social history intelligence to film companies, other historians, and authors.

Despite ill-health, in 2015 Michael returned to work in Dublin City Council, and just before his 85th birthday worked one day per week, assisting with historical projects and archiving.

In June 2016, Michael continued to write for magazines and completed his Wheels of History, the chronicles of the transport museum.

Following numerous hospital admissions, Michael was cared for at home by his loving wife.

He is survived by his wife Nellie, daughters Janet and Ellie, son John and his adored grandsons Mikey and Evan.