‘Her forte was her ability to sort out day-to-day problems ... they all listened to her’ 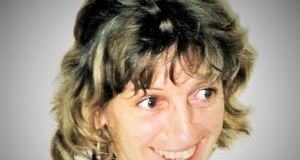 Mary Hunt carved out a career of substance including author and aid worker during which she earned the respect and admiration of many.

Mary Hunt, who has died aged 64, made two extraordinary career leaps in a life of notable achievement which were significant – first, nationally, and then internationally.

It may be argued that it is a matter of pride for The Irish Times that the first of these leaps of career occurred in its own corridors, which Hunt joined in 1981 in the apparently innocuous role of secretary of the then very much male-dominated sports department. The effect of her contribution thereafter was quietly dramatic: to bring order to a workplace often riven with collegial division and strong egos; and to do so as a woman in a world previously dominated by men.

Hunt proved her worth as a particularly effective executive, but also opened doors for women to areas previously inaccessible to them. The newspaper’s long-time, now retired, soccer correspondent Peter Byrne – who knew Hunt well and worked with her closely – recalls her impact.

“From Mary’s appointment in 1981, she was an immediate success. Ultimately, her calling card was that she was easy with guys. Her forte was her ability to sort out day-to-day problems, keeping both the production staff [subeditors and printers] and the writers [reporters] happy. It was one of the toughest jobs in The Irish Times but, paradoxically, because she was a woman they all listened to her . . . Mary ran the department. Actually . . . she organised everything . . . she sorted out the fault lines in the system.”

Undoubtedly, the apogee of Hunt’s work in The Irish Times was her contribution to coverage of two of the greatest events in the history of Irish sport: the Republic’s participation in the European Championship in 1988 in Germany; and in the World Cup finals in Italy two years later – the latter marked the first time the Republic had qualified.

These events gave Mary Hunt a unique opportunity, which she took.

“The FAI was looking for an interpreter for Germany ’88. Mary suggested herself to me. The FAI responded by saying, ‘yes, we could use her’, ” recalls Byrne.

The reason Hunt was eminently qualified for this role was due to her experience of having lived in Germany and Austria as a young woman in the 1970s, to which she had adventurously decamped after a short career in Bray, Co Wicklow, as a secretary, on completing her Leaving Certificate at the Dominican Convent school in Wicklow town in 1973.

Six years in German-speaking Europe followed, including a spell at the universities of Heidelberg, in Germany, and at the University of Vienna, where she successfully completed a three-year degree in Ethnology. Hunt then returned to Ireland as a freelance translator for the Irish Export Board (Coras Tráchtála) and the IDA, before joining The Irish Times.

Shortly afterwards, however, Hunt took a completely different turn in her life, leaving the relative comfort of her job in The Irish Times to become a programme manager in 1994 for the Goal charity, which had been founded some years earlier by the sports journalist John O’Shea, whom Peter Byrne believes had been impressed by Hunt’s organisational abilities at the soccer tournament in Germany and Italy. It was to be a second career of exceptional, self-sacrifice of which her previous career had given no hint and which remains something of an enigma for her friends and colleagues, but which speaks volumes for her commitment to the most vulnerable of the world’s poor.

Fellow Irish aid worker Ronan Scully, who worked closely with Hunt during her assignments with Goal abroad from 1994-1999, recalled this week what he regards as the way she “always rose to the occasion, got what needed to be done and was famous for her attention to detail”.

He recalls Hunt’s work in rescuing street children, particularly girls, in these years, in Angola, India and Nepal: “She created shelters, safe places for kids to sleep at night. In Angola, she established half-way houses where children, particularly girls, could go to school, places which helped the kids to get reunited with their families . . . if a school was being built, [for example], she wanted to ensure that girls would be able to go to it instead of being used as water gatherers, sometimes from rivers two or three miles away from where they lived.”

This was a regular reason why girls did not attend school there, adds Scully. “Mary was very adamant about girls getting the opportunity to get schooling.”

For a period of 21 years, until her partial retirement in 2015, Hunt went on to work for a large number of reputable aid agencies, including the UK’s Department For International Development, and Care Canada and Care USA, among several others, in locations including Sierra Leone, Egypt, Libya, Sudan (both North and South), Zimbabwe, Zambia and Kenya, in roles as diverse as a programme manager, consultant and a co-ordinator for refugee relief.

In more recent years, in semi-retirement in Galway, Hunt ran a guest house for foreign students. Non-religious, her funeral was private in accordance with her wishes. She is survived by her brothers Marcus, Peter and sister Muriel. Her parents, Gordon, an Englishman in the amusement arcade business, and her mother, Margaret, (nee Maguire), from a prominent Dublin family of pharmacists, predeceased her.