Noreen O’Donohue – a life of progressive engagement and commitment 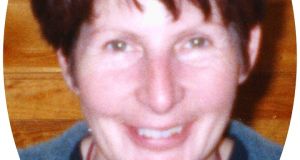 Noreen O’Donohue, my wife, was the sort of on-the-ground social activist without whom the great changes that have affected life in Ireland over recent decades would never have happened. From selling contraceptives illegally in the Dandelion Market in the late 1970s and early 1980s, with U2 pounding in the background, to intensive campaigning to repeal the Eighth Amendment in 2018, her life formed a perfect arc of progressive engagement and commitment.

Her work with Traveller children in St Thomas’s Special School in Clonshaugh, north Dublin, was motivated by concern for the most marginalised and deprived in our society. Before that, in the early 1980s, as a founder member of Women’s Community Press, she was involved in producing the first book about the drugs scourge in inner-city Dublin, Pure Murder, and an early work on the Irish gay experience, Out for Ourselves. Women’s Community Press was short-lived, but pioneering in its radical approach to publishing.

Of all the many campaigns Noreen was involved in, by far the most bitter and disturbing was the abortion amendment one of 1983. There was a level of vitriol and hostility involved that was unsurpassed by anything in her experience. She used to attend anti-amendment rallies, and because her husband was frequently working in the evenings, she had to bring her four-year-old daughter with her. These meetings were of course picketed by pro-amendment people and they greeted the appearance of this child with comments such as “You’re one of the lucky ones, aren’t you?” That child, Elizabeth, was followed some years later by Anna, and later again by Noreen’s grandchildren Rosa and Evie, a source of deep joy to her.

Indeed, those early 1980s years were the most traumatic Noreen – and perhaps the country as a whole – ever witnessed. In addition to the abortion amendment, there was the horrible Kerry Babies case, the death of Ann Lovett and of course the H-Block hunger strike protests, and all the associated issues. Noreen did not believe that republicanism was ever likely to prioritise the struggle for women’s rights – that was not its focus, while it was hers, and she never took part in those protests. But she did not believe that supporters of “the cause” should be demonised either just for that.

She tried to keep a difficult balance, sometimes having to brave accusations of being “soft” on terrorism. Such was the febrile atmosphere of those times, happily now much allayed, if not entirely gone. She very much supported, from the start, the initial Hume-Adams dialogue and then all that flowed from it.

When it came to the issue of water charges, which it is increasingly apparent was the historical fault-line dividing liberal Ireland from radical Ireland, Noreen’s position was clear. She disliked the somewhat shadowy entity called Irish Water, suspecting it was probably a vehicle for privatisation, but more fundamentally she felt that ordinary people had already had enough exacted from them to pay for a dire situation that they had not created. In short, she opposed water charges.

And when she opposed something, she did not just oppose it in theory, but actively, on the ground, in this case as in many others.

She was not a political animal, and never joined a political party, but it must be said that in later years she found the members of People Before Profit the most open and receptive to an “outsider” like her in some of the various causes that she espoused. Other political parties were also involved but these had much more the air of a “closed shop” than had PBP, which appeared to reach out to the wider public more.

What Noreen was seeking was not the advancing of the goals of any particular political party but rather the sense of an actual commitment to a cause for its own sake.

Supremely, of course, this applied to repeal of the Eighth Amendment, which had bedevilled her earlier years, and at least this goal was achieved before her untimely death at the age of 68.

Hugely committed to these social issues though she was, she also had plenty of time to enjoy activities with her friends in the James Joyce Institute of Ireland and for frequent visits to the theatre.

It was something to have been married to such a woman.