Lord help us and save us from the fallen women and the silly, stupid girls

How much has Ireland really changed since the Joanne Hayes, Ann Lovett and X cases? 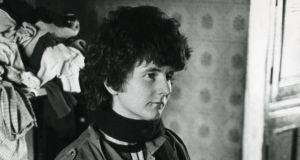 They were part of the fabric of life in the Ireland of the 1980s. The unmistakable evidence of their existence filled the newspapers, yet they were rarely spoken about openly. Instead, in homes around the country, they were hinted at in stunned shards of talk, in whispered conversations that would stop as soon as you entered the room, in invocations choked out.

Lord help us and save us from the fallen women and the silly, stupid girls.

Leo Varadkar tweeted last week that he “only fully learned the details of the Kerry babies case recently”, as he had been “too young at the time”. This is simultaneously shocking and understandable. You knew all about these fallen women and these poor, unfortunate girls without really knowing anything at all if you grew up in that Ireland, a place of patterned brown carpets and Gaybo with your Shredded Wheats; a place of euphemisms and news that seemed to be mostly full of troubles. Trouble with a capital “T” meant the North and politics; trouble with a small “t” meant something much more shameful altogether. It meant the stories of fallen women and the important men who insisted on telling us what we should think about them, and about what they had done with their bodies.

Mostly, what they wanted us to think was as little as possible; those priests and doctors and gardaí and broadcasters and barristers and psychiatrists and judges who lined up to set the tone of the national discussion on Ann Lovett, Joanne Hayes, Annie Murphy, the girl in the X case, and the legions of other nameless fallen women and poor, unfortunate girls who stayed locked up out of sight.

I only fully learned the details of the Kerry babies case recently as I was too young at the time. It's been eye opening. Joanne Hayes was treated terribly. I want to reiterate the apology to her from the Gardai and to make that apology on behalf of the State.

Even after Ann Lovett bled and froze to death giving birth in a grotto in Granard, in Co Longford, her baby dead in her arms, there was a suggestion it should be kept hidden. There was to be no public inquiry, it was quickly decided. The media was lambasted for giving Lovett’s death too much attention, and putting ideas in other young girls’ heads. The parish priest lamented that “whoever gave the news to Dublin was only spreading scandal”. Who is to say anyway, the Longford Leader asked, that “Ann Lovett did not die happy? Who is to say that she and her son are not in heaven? Who is to say that she has not fulfilled her role in life as her God had decreed?”

In the Ireland of fallen women and poor, unfortunate girls we preferred rhetorical questions like those to ones that might have demanded awkward answers. Questions like “Why didn’t anybody help her?” or, “Who was the man responsible for her pregnancy?” weren’t lines of inquiry that the important men wanted to pursue. There was no point investigating, a garda said, when the only one who knew the answer was dead.

By the time Joanne Hayes was put on the stand at the Kerry babies tribunal, while the important men – 43 in all, according to Nell McCafferty’s account – methodically flayed her, quizzing her about whether she had given birth to two babies with different blood types who had been found dead in Co Kerry, and pontificating about her sexual history and the dimensions of her vagina, the women of Ireland began to make clear that they had had enough of being told by important men what to think.

Day after day, yellow roses and daffodils and Mass cards and good-luck cards arrived until eventually, McCafferty wrote, Mr Justice Kevin Lynch asked another rhetorical question, about the wife of the man with whom Joanne Hayes had had an affair: “Why no flowers for Mrs Locke? Why no cards or Mass cards? Why no public assemblies to support her in her embarrassment and agony?”

We still try to keep evidence of our imperfect humanity out of sight, on their flights to Liverpool, or huddled in their bathrooms with pills bought on the internet

That was all more than 30 years ago, so far in the past that the man who is now our Taoiseach is too young to fully remember it. So much has changed. Joanne Hayes has been apologised to, even if the gardaí have not been called to account for their role. We still don’t know who fathered Ann Lovett’s baby, or who the parents of Baby John are, but there is at least no longer any shame in having children outside marriage. The idea that there ever was seems strange and foreign, now that contraception is available in every Spar, now that people can marry whomever they choose, and divorce if they choose.

But some habits die hard. We still try to keep evidence of our imperfect humanity out of sight, on their Ryanair flights to Liverpool, or huddled in their bathrooms with pills bought on the internet. We still treat them as fallen women – as bold or silly or poor, unfortunate girls – doling out punishment rather than compassion. Important men still get to have their say. And we still prefer rhetorical questions about, say, the moment at which life begins to awkward ones about the human rights of those living, breathing women.