Liam Neeson’s mother dies at the age of 94

Kitty Neeson will be buried tomorrow after her death, in Ballymena, on Saturday 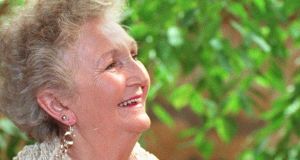 Liam Neeson’s mother, Kitty, will be buried tomorrow, after her death, over the weekend, at the age of 94.

She died on Saturday at a nursing home in Ballymena, where she had been recovering from a fall several months ago. Her death was announced that evening by Mgr Paddy Delargy at Mass at All Saints’ Church in the Co Antrim town.

Kitty Neeson, whose husband, Barney, died in 1988, will be buried in a private ceremony on Tuesday afternoon. As well as her actor son, who turned 68 yesterday, she is survived by her daughters, Elizabeth, Bernadette and Rosaleen, and by her grandchildren and great-grandchildren.