New to the Parish: Patrycja Czarnoleska O’Connor, a teacher, first arrived from Poland in 2004 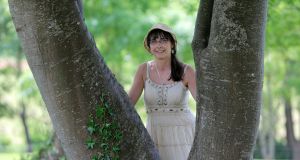 Patrycja Czarnoleska O’Connor was 18 years old when she followed her brother to Ireland. With expansion of the European Union in May 2004, thousands of Poles had started to move abroad seeking work opportunities in Western Europe. Czarnoleska had already enrolled at an equestrian school for college but was keen to spend her first summer as an adult earning some money.

“I spent that summer working in a pub in Killarney. My brother and I had bikes, and would cycle to the national park every day. The only problem was the weather, I remember many times cycling home from work late in the pouring rain. But it was a lovely time.”

Czarnoleska’s brother, Tomasz, who was seven years older than her, had trained as a chef in Poland but struggled to find work in his home country. He had initially moved to the Netherlands but couldn’t settle so continued to Ireland. With basic English he started working on a golf course in Waterville before moving into a job as a night porter in Killarney. When his sister returned to Poland after spending a summer in Kerry he was sad to see her go.

“He was disheartened about the work he was doing. He tried it as a bricklayer but didn’t have the skills. In the back of his mind he wanted to work in tourism, he had the aspiration of being a manager of a hotel, but because his English wasn’t too good he moved from one job to another.

“Our friends kept saying your life is open now, why would you go back to Poland? But I was set on going to college and working with horses. I was still young and naïve, and believed it would work out for me.”

Czarnoleska stayed in regular contact with her brother and often called him from pay phones in the city of Wroclaw where she was studying. “He was going through different jobs and said it was very hard being there on his own. That message kept going through my mind.”

Czarnoleska spent the summer after her first year of studying working in Sweden but the following year, in the winter of 2006, she decided to take a year out from college and move back to Ireland. She arrived in Killarney in March and immediately embarked, with her brother, on a daily routine of trying to find work.

“Every day was the same. We would pack up our rucksacks with Tesco bread and wafer thin ham, and walk around the town with CVs literally going door to door asking whether there were any job opportunities. We worked off a tourist map and walked from morning until evening. After a few full days of searching you feel your pants getting looser and you are sick of the plain diet.”

With money running low, the siblings decided to move to Tralee to continue the search for work. They secured an affordable place to live on their first day in the city and within a week they both had jobs. “We discovered a different welcome in Tralee, we weren’t refused all the time. It felt friendlier.”

Czarnoleska worked in a B&B, and the following September she started a degree in health and leisure at the Institute of Technology Tralee. “Once I started studying I felt more settled. My brother and I supported each other; we had that family connection. I had been living off nothing before and now had enough money to enjoy myself.”

In 2006, Czarnoleska’s parents followed their children to Ireland. For years, her stepfather had spent every summer doing seasonal work in the Netherlands. “My mum was a maths and computer science teacher. She had a good job but she wanted the family to be together. She had studied German and Dutch so she picked up English quite quickly when she got to Ireland. My dad worked as a painter here and she went from being a primary teacher to working as a cleaner. But she was happy to have her family all together.”

He was only 39, it was a week before his 40th birthday

While in college, Czarnoleska met an Irish man from Milltown in Co Kerry who she would later marry. Her brother also returned to his studies and did a degree in interactive media. Five years ago Czarnoleska gave birth to her daughter Vanessa. She felt happy and fulfilled in her life in Ireland.

Then, two years ago, tragedy struck the family when Tomasz suddenly died while out hillwalking in May 2018. Tomasz, who was working as a freelance logo and website designer, had set off for a day’s exercise with friends but turned back when he started to feel unwell. He collapsed on the trail back to the car and later died. Doctors believe he died from heart failure but it was never confirmed, says Czarnoleska.

“He was only 39, it was a week before his 40th birthday. We were in complete shock and felt numb for the whole summer. It was so difficult, it still is.”

The family buried Tomasz in Milltown, where they now live. “We had no doubt about whether to bring him back to Poland or bury him here. It just showed how Ireland had become our home. It was his decision to come to Ireland. He’d always say ‘if it wasn’t for me you wouldn’t be here. You found your home because of me’.

This was where he wanted to be; he had finally found a place where he was appreciated for what he liked doing.

Despite the loss of her brother, Czarnoleska is still happy in Co Kerry. She now works as a PE and computer science secondary school teacher, and in 2009 became an Irish citizen. “I felt it was really important for me to become a citizen with my own maiden name and am so happy I did that.

“We don’t live in a palace here but I can work and buy a car. I always knew how my mum struggled from month to month and the worries she had about us and our future. She wanted us to have peace of mind and I feel like I have that here. I was born in Poland but I’m Irish now.”