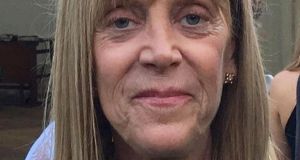 Laura Bernal was the Argentine ambassador to Ireland, a position she had taken up in 2016.

Bernal, who was from Buenos Aires, began her working life as an academic teaching history and international relations. Her diplomatic career began with a posting in Portugal, followed by Colombia and Greece. Between 2008 and 2016 she was head of human resources at the ministry of foreign affairs in Buenos Aires.

The highlight of her stay in Ireland was the visit of her compatriot Pope Francis in 2018. In her four years here she forged close links with Foxford, Co Mayo, the town where Admiral William Brown, the founder of the Argentine navy, was born in 1777.

In November 2019 she led a large contingent from her country to the town to honour Brown. Some 200 officers and cadets from the Argentine training vessel the ARA Libertad marched through the town and Bernal laid a wreath at the local memorial.

The Argentine minister of foreign affairs Felipe Solá said Bernal had “dedicated her mission to deepen the historical links that tie Argentina to Ireland”.

In his graveside oration, which was delivered by the Argentine deputy head of mission in Dublin, Diego Sadofschi, Solá said Bernal’s “humility and her humanity towards others are particularly remembered”.

Those traits were most in evidence during her time as head of human resources, Solá said. “Her sense of justice and fairness were always accompanied by a gentle personalised and understanding word.”

The ambassador died suddenly as a result of Covid-19 at her residence in Dublin on April 26th. Because of the pandemic, it was not possible to bring her remains back to Argentina.

Instead she was buried in Craggagh Cemetery, 3km outside Foxford, following funeral Mass in St Michael’s parish church in the town.

The church had a statue of Our Lady of Lujan, the patroness of Argentina, as a reminder of the links between Foxford and Argentina.

Laura Bernal is survived by her sister Araceli, who lives in Paris, her sister-in-law Luis María and her nieces and nephew María, Clara, Santiago, Victoria and Juan Pablo.