Lives Lost to Covid-19: He was known as ‘Ramosa’, meaning ‘father of kindness’ 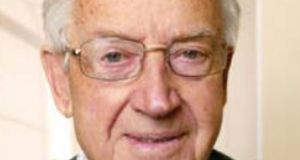 Fr John Nolan: The apartheid regime made his missionary work and life among the Basotho stressful and difficult

A native of Wexford town, John Nolan was born on March 1st, 1936. His mother died when he was child, leaving two small children.

John and his older sister were reared as part of their aunt’s family; their father had to find work in England to support them.

When John spoke of his early life, he marvelled at the goodness of his aunt who treated his sister and himself as she did her own children.

He remembered a happy childhood and young adult years. John entered Cahermoyle, the Oblate Novitiate in Co Limerick, in 1955.

His final profession as a missionary oblate of Mary Immaculate was four years later at the Oblate Scholasticate, Piltown, Co Kilkenny; he was ordained a priest there on February 23rd, 1963.

His first obedience was for the Oblate central province of Kimberley-Bloemfontein. When he arrived in South Africa in 1964, as one of the earliest Irish oblates assigned to work with the German and Flemish oblates in this province, John was sent to work at Assisi mission, with the Basotho people who lived in rural village communities. It was also a time to learn to speak their language, Sesotho.

These were difficult years in South Africa; the apartheid regime was in full force and its laws governed all aspects of life, making a missionary’s work and life among the Basotho stressful and difficult. Their name for John was “Ramosa”, meaning “the father of kindness”.