Is there any point in obsessing over the cling film on our sandwiches?

One Change: Are personal attempts to combat climate change a futile distraction from the bigger issue? 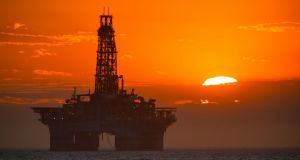 Seventy-one per cent of industrial greenhouse gas emissions since 1988 have been produced by just 100 companies. Photograph: iStock

Is the act of making personal changes to combat climate change a futile distraction from the real work we should be doing, lobbying governments and industry to adopt radical, systemic change? Could going vegan or recycling be a waste of energy that would be better spent campaigning against corporate and government polluters?

Seventy-one per cent of industrial greenhouse gas emissions since 1988 have been produced by just 100 companies, including ExxonMobil, Shell, BHP Billiton and Gazprom, and the top three greenhouse gas emitters – China, the European Union and the United States – contribute more than half of total global emissions, while the bottom 100 countries only account for 3.5 per cent. Perhaps it is these groups we need to be lobbying, rather than obsessing over the cling film on our sandwiches?

Either way, our children’s future is dependent on us ensuring the remaining coal, oil and gas stays in the ground, and if the whole idea of trying to decipher which is the best eco-detergent to buy bamboozles you, then perhaps it’s best to focus on putting pressure on others to achieve substantive climate policies and comprehensive corporate action.

So, how best to lobby? It’s pretty obvious, really: write, email and phone those in position to affect our future – company directors, Government Ministers, CEOs, MEPS, board members, TDs and county councillors. The steps are straightforward: do some research and use the information gathered to outline why this issue is so important to you, and what you’d like them to do about it, whether it’s reforming farming subsidies, improving cycle lanes, introducing a moratorium on new fossil fuel infrastructure or restructuring the national energy grid. It’s worth cc’ing the current Minister for Climate Change and Environment Richard Bruton in all correspondence: minister.bruton@dccae.gov.ie. Even more effective than writing to politicians is to address them in person – at TD clinics, for example.

If acting alone seems daunting, join a local environmental group, such as Friends of the Earth, foe.ie, or be part of a global movement such as Climate Case Ireland, climatecaseireland.ie, which is taking the Government to court to demand they address the fact that Ireland’s carbon emissions are among the highest per capita in the EU and are continuing to rise, or join the Fridays for Future Ireland, fridaysforfuture.ie, movement, which organises secondary school students to strike on Fridays to demand climate action.

We can try convincing ourselves that change will happen without our intervention, but history belies that assumption. Votes for women, the abolition of slavery, civil rights for homosexuals, and the fall of Apartheid South Africa all required mass public action. We owe it to our descendants to get active.