Why don’t I have many friends? The less pathetic reasons go back to my childhood

Laura Kennedy: I am trying to remain open, and keep the taint of ‘be my friend’ off me 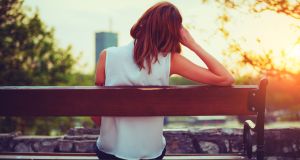 ‘Why don’t you have friends?’ is kind of a sticky one to have chucked at you on the spot

Earlier this year, I wrote a column on the challenges of making friends as an adult, and made the admission that I don’t have that many friends. I rarely successfully predict which columns will resonate with people and which won’t, so I just wrote it, and then went on with my (relatively solitary) existence.

I only realised it impacted when people started to send me empathetic emails and messages – even Ryan Tubridy’s radio show came knocking, so that Ryan could ask me, on national radio, why I thought it was that I don’t have friends. I attempted to clarify that I do in fact have some, but Ryan bustled purposefully forward with his premise. I remembered why it was that you shouldn’t do a radio interview about why you’re social kryptonite or maybe, as it occurred to me in the moment, ever.

“Why don’t you have friends?” is kind of a sticky one to have chucked at you on the spot. Interestingly, it feels a little bit like someone pelting overripe oranges determinedly at your groin while you are politely asked to account for your grievous social failings. There are plenty of reasons and none. The pathetic ones link back to childhood, and the fact that I never had a large family network or properly learned social skills. The less-pathetic reasons are just normal enough – pools of friends atrophy as people emigrate, or have families, or move from Limerick to New York to live their best life as a gay man with an impeccable wardrobe of trousers for every occasion (you know who you are). You can’t always make new friends at the rate at which they abscond to Americ and so you run out.

Last year, I was the one who emigrated to London where I don’t have any friends or family, apart from my partner and his family. That sort of deficit can’t be rectified quickly. Making friends is a bit like job interviews and dating, in that you’re far more likely to have a successful outcome if you don’t desperately need one. If you sit there, sweat beading on your forehead, making threateningly unbroken eye contact and wafting desperation pheromones at your interviewer/date/potential friend, you are going to give them the creeps. It’s easier to make new friends when you don’t have a lot riding on any one particular interaction.

And yet, when you have a fight with your partner, and storm out of the house in high dudgeon, only to realise on the street outside that actually you don’t have anywhere to go, but are too prideful to go back in, so instead you go to the park and enter into a long conversation with a woman about her sexually overactive dog, Reginald, you know there’s an imbalance in your life that you need to address.

I don’t want to be like Reginald, excitement-humping the leg of every interesting person I meet

Making friends in adulthood is, for those of us navigating it – the frequent movers, the mid-life emigres, the problem sweaters (that’s not me, I swear) – a lasting problem. It takes a lot of time and effort to remedy. So if you’re still struggling with presenting yourself to strangers like one of those annoying telemarketers who call during dinner to hard sell double glazing, I can empathise.

I am trying to remain open, and keep the taint of “be my friend” (my guess is it smells like a combination of raw onions and that Lynx Africa body spray that the most sexually frustrated teenage boys apply by the can) off me.

I don’t want to be like Reginald, excitement-humping the leg of every interesting person I meet in a weird, off-piste attempt to befriend them. Making friends requires more work than that. I hope.