I have my PhD, but what is the value of a university education?

Laura Kennedy: So much of what we do at third level is inefficient and silly 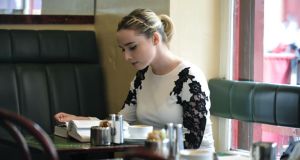 Four years ago in this newspaper, I wrote an article about falling in love with a man; a man who died in 1677. In March of this year, I wrote another piece about that man, the philosopher Baruch Spinoza. At that point, I was a month away from submitting my doctoral thesis in philosophy, which was heavily influenced by and including Spinoza, and I had fallen out of love with him.

I thought that he and I had spent such an excessive quantity of time together that we needed a break. I knew, however, that after a bit of time apart, I would gravitate back toward him again. Any woman would. It’s that dark hair, those brown eyes, that troubled loner vibe, that holistic theory of everything that equates God and nature within a universal monistic substance. Irresistible.

This week, I had my dreaded viva voce – the oral exam in which doctoral candidates must defend the thesis they have written against the queries and criticisms of two senior academics, in my case, philosophers. I passed, and thanks to Spinoza’s emotional support (and that of family, friends and academic mentors), I have fulfilled the requirements to put “Dr” in front of my name, and call myself a Spinoza scholar and a philosopher of psychology.

The PhD was, for a number of personal reasons as well as professional ones, the most difficult endeavour of my life. I came close to quitting several times, which I understand is rather common, but by “close” I mean I had drafted the email, my finger hovering over the send button.

Partially, I finished because I know that my mother wanted me to, and she got sick during the course of my thesis. I took time off while she was terminally ill. Not to fulfil the commitment I had made to myself after her death felt like a betrayal of everything she had sacrificed to facilitate my studies.

Partially, I finished because quitting would have fulfilled the fears I have about myself that I am weak, or not good enough to pass, and that would have been horrible to live with.

Partially, I finished because I had sacrificed and slowed progress in other areas of my life to sit in rooms with excellent dead guys such as Spinoza and William James, and I felt as though I deserved the piece of paper which certified the knowledge I had worked so hard to gain. After all, such pieces of paper represent leverage in the social and working world. And partially, I finished because though my love of Spinoza and philosophy has fluctuated through the process, frustrated me, and sometimes felt like it had disappeared altogether, it was always there. It has become entwined in who I am and how I see the world.

When I read economist Bryan Caplan’s The Case Against Education: Why the Education System is a Waste of Time and Money, I was intrigued.

It seems bizarre that a university professor would write a book arguing against university education, but the book is compelling. Caplan asks the reader which they would choose if they could only have either the university certification (a degree or whatever other piece of paper) or the knowledge involved in earning the qualification without any official certification with which to get a job.

His argument, while of course sympathetic to and critical of the requirement for tertiary academic qualifications in order to find even unrelated employment, is that most of us would prefer the certification without knowledge, because we view education as a means to employment and not a good in itself.

We joylessly and fruitlessly engage in the accumulation of education we don’t value or use. Many qualifications don’t increase the chances of obtaining work, and if we simply desire the knowledge, we do not need an expensive university education to attain it. Though there are many contexts in which a formal qualification is important and directly useful, so much of what we do at university is inefficient, silly, and without justification.

If all you want is to learn, what you really need is internet access, patience and determination.

I am proud to have fulfilled the commitment I made to my formal education, but I’m happier to carry hard-earned knowledge that I value forward in my life.