Peak notions: Have you been to the new Dunnes in Limerick? It has a sushi bar!

In my late teens, I couldn’t wait to be gone, now, I can see the best aspects of my hometown 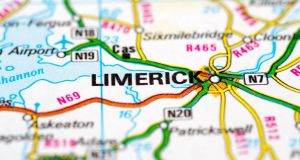 In Limerick, it seems like everyone is talking about the “new Dunnes”. Photograph: iStock

The best thing about a place is generally also the worst. When I was growing up in Limerick, it felt like the smallest, most insular place in the world. It seemed that everyone knew everyone else, and my paternal grandmother’s hawk-eyed greeting to strangers as she sat forward in her seat – “Now, who are your people?” – inhered across the board.

There were no real strangers, just the unidentified friends or family of people you already knew. By my late teens, I couldn’t wait to be gone. Limerick felt then like a place with a ceiling two feet above your head, with no room to stretch, no room to make anonymous mistakes. No room to try on different versions of yourself to see which felt least like a performance.

Now, I can see the best aspects of my hometown. The fury and rush of London is something that I tolerate for the sake of employment opportunities, but not anything to relish beyond your 20s. As a huge multicultural city, it doesn’t feel all that different from New York or any other major metropolis. Home to every culture you could ever wish to learn about, it doesn’t feel entirely like one place. It is also so enormous as to be in a state of perpetual change. Very little stays still for long. Great cities have their own inherent momentum which carries you with it, and resists settling.

Limerick, of course, has changed in the years since I moved away, but its heart is the same. Things are slower, people are nicer, and you can walk into a restaurant without someone saying, “We’ll have a table in two hours, but you can only have it for 35 minutes”. When I was younger, people’s curiosity about one another’s lives felt nosy and stifling. Now, having lived in a city where you could be inside your flat being feasted on by cats for several weeks without anyone ever knocking on your door to check in, it seems less motivated by a wish to interfere, and more by the duties and expectations of community.

Things have certainly changed, but new things happen at a sufficiently slow pace that each change is noted, weighed and measured. Rolled around in the mouths of Limerick people to get a sense of its flavour until a verdict is rendered. I went home for a week recently to see my brother and sister-in-law before their first baby arrives in a few months’ time. It had been over a year since I was home, but I hadn’t been there a full hour before my sister-in-law asked me, in a tone that implied great import, “Have you seen the new Dunnes!?”

Reader, I had not seen the new Dunnes. The store in question is the one near where I grew up. I would go there with my mother for groceries. Now, apparently, it has been refurbished. It is, as you’d say, peak notions. At my aunt and uncle’s house later that evening, over dinner, the new Dunnes came up again. “Have you seen the new Dunnes!?” my aunt asked neatly as we ate our dinner. “It has a sushi bar!” She paused, awaiting my reaction. I gave an appropriately impressed response, and dinner continued.

By a few days in, I was wilting beneath the references. On a visit to an old family friend’s house, fancy cheese and crackers were produced along with some quince jelly, which a voice at the back of the room noted was certainly only for Protestants. The cheese was passed down the table toward me. “Will you have some cheese and crackers? They’re from the new Dunnes. It has a cheesemonger and everything! Have you been?”

When the week came to its end, my brother drove us back to the airport. We almost missed the flight because of unusually bad traffic. “What’s this about,?” my brother asked. “It’s never this bad.” My sister-in-law piped up from the passenger seat, peering out through the rain, “It’s a queue of cars trying to get into the new Dunnes!” As soon as we arrived at Heathrow, I had to queue for the bathroom. Almost everything in London involves a wait. Fancy cheese is certainly more worth the line.