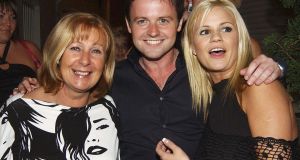 It’s the end of an era – an era in which we happily lost the run of ourselves. Being a regular at Lillie’s Bordello in the 1990s was like living in the last days of the Roman Empire – but now the endless party has finally ended.

The nightclub, nestled in its own little lane at the bottom of Grafton Street, and the go-to gaff for Dublin’s Celtic tigers and tigresses, has announced it is closing its big wooden doors in January, after a quarter of a century catering to the city’s wannabes, wishtheyweres and wouldabeens.

The nightly round of Lillie’s, Renards and The Chocolate Bar was as constant as the planetary orbits, and nothing could deflect me from my course.

Memories of Lillie’s – like old hippies’ recollections of the 1960s – are understandably a bit hazy. By the time I rocked up to Lillie’s doors, I’d already have been to a gig at the Point or the Olympia, then the aftershow, with maybe a stop-off at Café en Seine for a quick pose before starting the serious business of nightclubbing.

I would breeze past the long queue at Adam’s Lane – my status as a rock journo, man-about-town and hanger-on to the stars afforded me an aura of privilege. The club’s manager, Valerie Roe, would wave me in, and I would ascend the red-carpeted steps into social butterfly heaven.

Walking into Lillie’s always felt like the scene in the film Goodfellas when Ray Liotta walked into his favourite Mafia club, and he’s warmly greeted by everyone as he arrives. I was on nodding terms with all the barflies, party girls and minor celebrities.

There’d be the actor out of Fair City, the guy from The Commitments, the bass player out of Crowded House and the girl out of that new girl band that were going to be bigger than The Spice Girls.

In the inner sanctum, up the narrow staircase to the Library, the band who had been playing Dublin earlier that night would soon arrive with their entourage. Paul Harrington would give you a quick nod while tinkling a Billy Joel song on the piano; Huey Morgan from Fun Lovin’ Criminals would gesture for you to join him and his party at their table.

Then he’d wave you away as soon as Andrea Corr or some other colleen would arrive.

The interior reeked of plush Victorian decadence – it was like Dangerous Liaisons in the 20th century – except Glenn Close and John Malkovich could never equal the denizens of Lillie’s for cattiness and conniving.

It was also very Gatsbyesque – a Roaring Nineties party right before the financial fall. We were living on the never-never, and couldn’t dispose of our disposable income fast enough. Some nights you’d never have to put your hand in your pocket – you could put your drinks on Colin Farrell’s tab.

But the good times couldn’t last, and eventually I had to get a proper life that didn’t entail hanging around with Bono’s mates.

Lillie’s managed just fine without me for the next 15 years, but now its owners – the Porterhouse group – have announced that it will close in January and be reconfigured as a brand new hotspot.

So even if I wanted to, I couldn’t go back. But it’s nice to have been there for the club’s 1990s heyday, when Lillie’s really was in the pink.