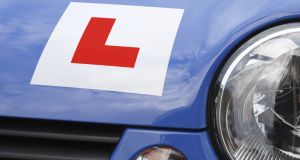 More than 700 vehicles have been seized since the Clancy Amendment – which allows for the vehicle of an unaccompanied driver to be seized – came into force in December 2018. Photograph: iStock

The Garda computer system has yet to be updated to record the fact that a vehicle has been seized from an unaccompanied learner driver.

The Department of Justice said more than 700 vehicles have been seized since the Clancy law – which allows for the vehicle of an unaccompanied driver to be seized – came into force on December 22nd, 2018, to the end of March.

Responding to a parliamentary question from Independent TD Tommy Broughan, the department said there was no timeframe available for when the Garda’s Pulse system would be updated to record the reason a vehicle was detained.

The so-called Clancy Amendment seeks to penalise car owners who knowingly allow their vehicles to be used by an unaccompanied learner driver.

The new law allows the owners of these vehicles to be fined and gives gardaí the power to seize their cars if being driven by unaccompanied drivers.

It was introduced to counter the widespread disregarding of rules requiring a learner driver to be accompanied.

Road safety group Parc called for the Pulse system to be updated to record why a vehicle was being detained. Without such an update it was impossible to see to what extent the new law was being enforced.

The amendment is named after mother and daughter Geraldine and Louise Clancy, who were killed on December 22nd, 2015, when an unaccompanied learner driver collided with them after losing control of their car in Co Cork.

In its response the department says the Pulse system does not allow the reason for seizure to be recorded, whether it’s driving unaccompanied, no NCT, no driving licence, no tax or no insurance.

The Irish Times revealed recently that more than 125,000 learner drivers, who obtained a learner permit between 1984 and 2016, have never taken a driving test.

This is because a significant cohort of drivers are renewing their learner permit every year after applying for, but not sitting, a driving test. This is legal, once the learner driver is accompanied at all times.

A number of proposals to address the issue are being considered by the Department of Transport, including increasing the cost of a learner permit, reducing the length of a learner permit renewed without a driving test from 12 months to six months, or obliging a driver to secure driving lessons before they can renew their learner permit.

The RSA has been aware for years that some drivers were constantly “rolling” their licence.

In the current Road Safety Strategy 2013-2020 there is an action stating the need to “reduce long-term reliance on multiple learner permits by introducing measures to ensure that learners sit a driving test before they can obtain a subsequent permit”.