Leaping from Kia to Opel, James Brooks is taking on one of the toughest jobs in the Irish motor trade 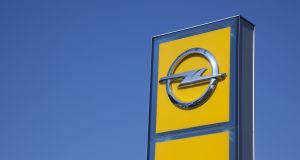 Opel’s Irish operations will now be managed by the Gowan Group, which is also the Irish importer for both Peugeot and Honda (and which also includes a kitchen supplies company and Senator Windows)

As far as challenges go, putting Opel back on top is one of the bigger ones. The German brand was once, back in what we might call the Jack Charlton era, the best-selling car brand in Ireland. Rather as with the fortunes of the Irish football team, that performance has waned in the years since. At the end of January 2020, Opel stood at 16th in the Irish sales charts.

Turning that around will be no easy task, but it falls upon both a new managing director and a new management structure to do so. James Brooks once worked at Opel, back when it was still very much part of the General Motors family, but left to head up Kia’s Irish operations in 2005.

Having seen huge success with that upstart brand, he’s now returned home, so to speak. Albeit, it’s not the same home - Opel in Europe is now part of the huge PSA Group (which also includes Peugeot, Citroen, and DS and which will shortly also combine with Fiat, Jeep, Alfa Romeo, and Maserati) and that means a change of management in Ireland, too.

Opel’s Irish operations will now be managed by the Gowan Group, which is also the Irish importer for both Peugeot and Honda (and which also includes a kitchen supplies company and Senator Windows).

Brooks is ebullient, in spite of the scale of the task facing him. He’s still revelling in taking on a job which he was invited to do, rather than having had to apply. His years of experience with Kia will have given him a good sense of why many Irish buyers have turned away from ‘trad’ brands such as Opel and Ford in recent years. Can that sense be now used to get them to turn back?

“The best thing about this is the decision-making” Brooks tells The Irish Times. “At Kia, we were part of a bigger, broader, company which maybe didn’t understand the nuances of the Irish market so well. With the new structure we have for Opel, I know that if I go to management and say ‘this is what we need to do, and this is why it will work’ then that decision will be acted upon, and very quickly.”

“The danger sometimes is that unless you keep re-investing and re-inventing, you do come up against a glass ceiling, and after 15 years at Kia I was starting to feel that might be happening. The international manufacturers, as opposed to Irish distributors, they make decisions at a big scale, and whereas you might want to do something, or go down a certain road, the bigger company can often say ‘sorry, that’s not in the budget, or that’s not in your remit.’ Beyond that, manufacturers are going to start putting pressure on distributors to take costs out of sales, and it seemed to be to be a good thing to be ahead of that curve.”

Brooks’ arrival at Opel might just have come at a propitious time. The company is taking its first steps into the electric car market with the e-Corsa (which arrives in April) and a plugin-hybrid version of the Grandland X crossover. There is also some interesting new product coming down the line, not least an all-new Mokka crossover, again with electric power options, that will arrive later this year.

The focus right now is on two things - getting the new Corsa small car, launched this week in petrol and diesel forms, out to customers and the wider world; and a focus on rebuilding Opel’s residual values, weakened for too long by too many discounts and fleet deals.

“It was very easy, back in the day, when you were coming to the end of the month to simply push a few cars into fleet deals, or into pre-registering, to make up the numbers,” says Brooks. “But there’s an inevitable cost in that, and we won’t be playing that game anymore. What I want to do here is to build up a sustainable, profitable, business. The price that dealers pay for a car on the first day of the month will be the same price that they’ll pay for it two days before the end of the month. There won’t be any sweetheart deals anymore, and we’re not chasing volume.”

Some brands may have to leave the Irish market in the near future, and maybe the EU market as well

As for Opel’s chances at regaining some of its old market position? “The days of being a best-seller are, right now anyway, in the past,” says Brooks. “It’s now about taking the small steps - introducing new product, protecting the residual values - that makes Opel relevant to Irish buyers again. So will we get back to the top? I’d like to think so, but it won’t be this year, and it won’t be next year. That said, when there’s change in any industry - and there’s definitely change in the car industry right now - then there’s also opportunity, and I’m keen on that challenge.”

Part of the that challenge, and part of that opportunity, will be in exploiting potential weaknesses in rival brands. “Some brands may have to leave the Irish market in the near future, and maybe the EU market as well,” suggests Brooks. “That’s purely down to the cost of doing business. With the new emissions regulations, and the new fines for running over the emissions limits, I think some of the larger companies are going to look at the costs of either paying the fines, or developing the powertrain technology to avoid the fines, and simply say ‘look, let’s just spend this money in the US or China instead.’”

There’s certainly recent precedent for that, and it’s why Opel is now part of PSA Group. General Motors, having spent billions trying, and too often failing, to compete with European rivals decided it would sell up, and withdraw from Europe altogether, hence why Opel is now a Franco-German company.

Chevrolet and Infiniti have also abandoned Europe, and other business moves such as the PSA-Fiat merger, Mercedes and BMW’s co-operation on ride-hailing and public car charging, and Ford’s agreement to licence VW’s electric car technology simply reinforce the point. Selling cars in Europe is going to become an ever-more precarious business in the coming years.

Opel, though? Brooks is just concentrating on trying to bring Irish buyers back to their once-favourite brand. “It’s easier to make noise in a small market, such as ours, so I’ve come to do this from the ground-up. No pre-reging, no special package deals, and I think we can turn heads with this. We have a plan, we have a strategy, and while we’re only as good as the cars we bring into dealer showrooms, with what I’ve seen of what’s coming in terms of product, I’m confident.”