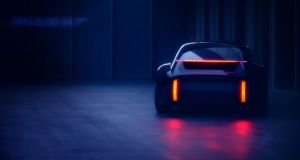 Kia and Hyundai have already stolen a lead over most Japanese and European rivals in the electric car stakes with long-range (450km on one charge) versions of the Kona, Soul, and Niro crossovers

Kia and Hyundai have already stolen a lead over most Japanese and European rivals in the electric car stakes with long-range (450km on one charge) versions of the Kona, Soul, and Niro crossovers. The Koreans aren’t resting on their battery laurels, though, and have teamed up with California-based startup Canoo to develop an entirely new, dedicated, EV platform.

Canoo hit the headlines late last year when it revealed its own MPV-like electric and autonomous vehicle (also called Canoo, so it’s the Canoo Canoo, technically). The Canoo’s rather cool losenge-like styling (hints of the original VW T2 Kombi?) and impressive 400km range clearly struck a chord with Hyundai and Kia.

While Canoo will continue to develop its own vehicle (which will be sold only on a subscription basis), the agreement with the Koreans is to create an entirely new chassis for future electric models. This will be hugely flexible, able to accommodate everything from a small hatchback to a large SUV.

As is so often the case with electric vehicle design, the Canoo-based battery and motor package is in a self-contained ‘skateboard’ which makes up the bottom portion of the vehicle, which can then have pretty much any body plonked on top. It forms part of an $87-billion investment over the next five years to create an ‘eco-friendly’ fleet of cars that will make up 25 per cent of all Hyundai and Kia sale by 2025.

“We were highly impressed by the speed and efficiency in which Canoo developed their innovative EV architecture, making them the perfect engineering partner for us as we transition to become a frontrunner in the future mobility industry,” said Albert Biermann, head of research & development at Hyundai Motor Group. “We will collaborate with Canoo engineers to develop a cost-effective Hyundai platform concept that is autonomous ready and suitable for mass adoption.”

“We have been working diligently to develop a bold new electric vehicle and partnering with a global leader like Hyundai is a validating moment for our young company,” said Canoo’s Ulrich Kranz. “It is a real honour for us to help Hyundai explore EV architecture concepts for their future models.”

Hyundai will kick off a new era of both its styling language and its electric car design with a new concept for the Geneva motor show. While it’s not yet confirmed as running on the Canoo-developed platform, the Prophecy EV concept: “Does not follow trends. It accentuates timeless beauty that will stand the test of time,” said SangYup Lee, head of Hyundai’s global design centre. “Its iconic design stands to expand Hyundai’s design spectrum toward even broader horizons.” So far, all we’ve seen is a dimly lit photo of the rear end, but from that angle it looks almost like a tribute to the Porsche 911. Hyundai has spoken to us before about the possibility of an N-badged high performance mid-engined car - is this a possible first glimpse?

Meanwhile, Canoo is not the only electric startup to which Korea will turn for help with its new models. Autocar magazine is reporting that Kia will call in Croatian EV specialists Rimac (in which Kia has invested a significant bundle of cash) to boost the performance levels of its electric cars.